MediaTemple is owned by GoDaddy but both companies operate independently of each other. While I initially thought it was a bad idea for both GoDaddy and MediaTemple to offer managed WordPress hosting since they are in a way, the same company, I’ve come to the understanding that each one serves a different customer base.

As is customary with other managed hosting providers, MediaTemple offers a staging environment to work on sites before they go live. Other notable features include:

Perhaps one of the most important features offered is email, something not offered by WP Engine.

The market only contains one theme created by their creative directory but the company plans on adding more from talented designers in the future. I asked MediaTemple if there was any additional information they could give me regarding their theme marketplace. Their response:

As it is now, the market place is “invite only” with specific designers and organizations building custom themes for (mt) Premium WordPress Hosting customers. The theme market place is an area of this product we’re really excited about. We have very strong partnerships in the creative and development worlds, so this model is likely to change/grow with opportunities and there will definitely be one-off scenarios here. Essentially, the sky is the limit with the market place.

Customers are limited to three WordPress installations per account. If you need more, you’ll need to pay $9/month for each additional site. WordPress Multisite is currently not supported.

MediaTemple states they are aiming to push out WordPress updates within 48 hours of their release. Other leading WordPress managed hosting providers can sometimes take up to a week or more to test major versions of WordPress before applying the updates to their customer’s sites. However, security and or maintenance releases are usually applied the same day. The automatic updates only apply to WordPress, not plugins and themes.

When asked whether customers can initiate updates for WordPress, MediaTemple responded: “Only (mt) can initiate WordPress updates for sites running on Premium WordPress Hosting“. As we’ve mentioned on WPTavern before, this has become standard procedure. 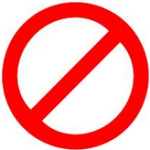 Speaking of plugins, they have their own list of plugins not allowed to be used on their managed hosting infrastructure. It’s important for customers to read through the list in case you’ve purchased a commercial version of any of the plugins listed. For example, BackupBuddy is not allowed because it duplicates existing functionality provided by MediaTemple.

Are Managed WordPress Hosting Companies The Unseen Competition For WordPress.com?

While putting this post together, I thought about how many companies within the past three years have created specially crafted hosting environments to cater to customers using WordPress. Most of the WordPress managed hosting services I know of are extensions of established companies.

I look at managed WordPress hosting as providing the luxuries of WordPress.com but also allowing customers most of the freedoms associated with self-hosting WordPress. Customers can upload plugins, change themes, edit their themes, and perform tasks that are locked down on WordPress.com or require you to pay an upgrade fee. Plus, they have a team of people ready to help at a moments notice which places them a step above most shared webhosting services.

Tough To Compete Against Free

I think the one aspect preventing more WordPress.com users from purchasing a managed hosting account is the price. $29 per month, is $348 per year. That’s a lot of money for someone to spend if they just want to publish their thoughts to the web. If you want most of the freedoms self-hosting WordPress provides without having to pay a large sum of money, GoDaddy is a nice option.

The price of free is hard to compete against which is why I think WordPress.com has nothing to worry about. They cater to customers who just need a quick and easy way to publish content online. I see managed WordPress hosting companies as the next step for users when they outgrow the constraints of WordPress.com or the total price of upgrades is more than the annual cost of a managed hosting account.

The company is hosting a live Google+ Hangout on March 5th, 2014 at 9AM Pacific or Noon Eastern to answer any questions brought forth by the audience. No question appears to be off-limits.

Are you happy to see MediaTemple enter the WordPress managed hosting space? Is their anything in particular you’d like to know about their offering before you’d consider doing business with them?