Jetpack 3.2 was quietly released yesterday with a host of new enhancements for self-hosted WordPress sites. Following up on 3.1’s total re-branding of the plugin, 3.2 comes with speed improvements and better caching for related posts.

This release introduces the new ‘Site Logo’ feature that was added to WordPress.com themes in late July. The goal is to increase data portability across themes and standardize the way themes present logo upload.

The Site Logo feature has been added to Jetpack’s theme tools for any theme that opts to support it. It allows themes to optionally display the site’s title and tagline along with the logo and brings a new way for self-hosted WordPress sites to enjoy logo portability.

You’ll also find a new Site Icon feature in this release, which lets you create an icon for your site that will be displayed as a favicon. If you don’t already have a favicon in place, this is an easy way to add one.

The previous release introduced the Portfolio Custom Post Type as the first of many planned custom content types. According to the changelog, Jetpack 3.2 adds a new Testimonials content type. In order to turn it on, one might expect to navigate to ‘Settings’ → ‘Writing’ → ‘Your Custom Content Types’, which is where the portfolio one is located. However, this feature is based on theme support and must be declared during after_setup_theme:

The Testimonials feature was actually added in a previous release, though not highly publicized.

Additional enhancements in Jetpack 3.2 include:

The release notes also include a few bug fixes, most notably the removal of the Google+ module. Since Google Authorship is now officially dead, Jetpack 3.2 sheds the dead weight of the authorship feature originally introduced in its 2.5 release.

The plugin description page on WordPress.org is sporting a new tagline. Previously, it read: “Supercharge your WordPress site with powerful features previously only available to WordPress.com users.” 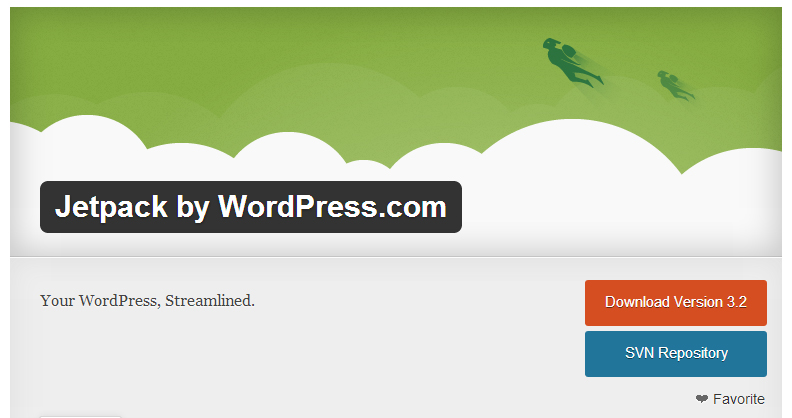 The new tagline, “Your WordPress, Streamlined,” seems to reflect an interesting language change within WordPress.com that identifies sites as simply WordPress.

As of today, the Jetpack team has not yet officially announced the release on their blog, but the 3.2 update is available to users within the WordPress admin.