Insight into the Jamaican WordPress Community with Bianca Welds 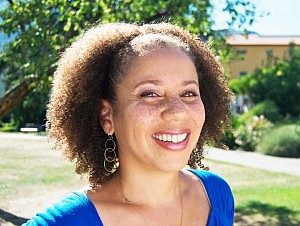 Last week, I met Bianca Welds who lives in Jamaica. She’s used WordPress for more than 10 years and has knowledge of the developing tech scene in Jamaica. In this interview, we learn how she discovered WordPress, the Jamaican WordPress community, and if the country will ever host a WordCamp.

How long have you used WordPress?

I just celebrated my 10th anniversary. I started using WordPress in 2005 and my first post was on April 2nd, 2005.

What is your WordPress origin story?

I was working at IBM at the time and finally decided I liked the idea of having my own personal website. The more I thought about it, the more I realized I wanted to have a blog as well as a static site. I knew I could build an HTML site myself, so I researched this blogging thing, and I found Blogspot. Within a day of signing up, I became frustrated at not being able to customize it, so I looked for alternatives. I came across WordPress and fell in love, purchased a hosting account, installed it, and never looked back.

The tech scene is currently developing nicely. There has been a lot of slow foundation growth over the last decade, but in the last few years, we have seen some dramatic acceleration. The tech meetup, Kingston Beta, grew to hosting a regional conference called Caribbean Beta.

Startup events have been growing with our first Startup Weekend taking place in 2013. The Digital Jam Mobile Application competition was held for three years along with several other initiatives. The first Venture Capital Conference was held in 2013 where the first formal angel investor group, First Angels, was created. StartUpJamaica is our first accelerator and it launched last year with over 200 applications, where 36 teams participated in boot camps and training. This is a small sample of the things that are happening in our space.

Is there a vibrant WordPress community in Jamaica?

I have recently started putting out feelers to see if there is enough interest in starting a regular WordPress meetup. In the last week, I’ve had interest from about two dozen people.

To date, there has not been a WordCamp in Jamaica. Do you think there will ever be one and will you help organize it?

I hope there will be and I definitely want to be a part of it. The first goal though would be to get the meetups going and gather a core community, so that’s my focus now.

Have you ever attended a WordCamp? If not, which one will be your first?

Unfortunately, I have never attended any WordCamps. I am working on changing that in the near future by going to WordCamp Miami which is the nearest one to Jamaica.

My favorite thing about WordPress is its flexibility. While it may not be the perfect solution for every challenge, there are few things that cannot be done. My least favorite thing is how much there is to learn to truly take full advantage of its power.

If you wanted people to know something about Jamaica, what would it be?

The one thing I always try to share when I am the Jamaican in the crowd is that, Jamaica is so much more than beaches, weed and reggae. It definitely has those, but there are so many other aspects to our geography, our culture and our people who outsiders don’t yet fully grasp. But the world is learning.

Welds is trying to figure out the size and composition of the Jamaican WordPress community. Please help her out, especially if you’re a WordPress user living in Jamaica, by taking this short survey. Information will remain confidential and will help Welds develop a better picture of the size and skill level of her local community.