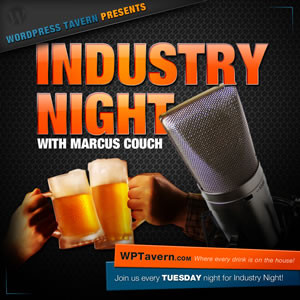 Tonight we are engaged in conversation with David Cramer, the creator of My Shortcodes and Caldera Engine.

I identify David’s persona and engineering specialty as an “Engine Creator”. Behind every amazing race car win you ever saw, there was a team of engineers and grease monkeys behind the scenes that fine-tuned the engine of the car to amazing precision and performance. Driving the efficiency beyond what the original manufacturers ever thought was possible. That’s what David Cramer can do with WordPress and the plugins he has created.

He’s taken the stock 4 cylinder engine in your typical WordPress installation and given you the ability to drop in a super vortex V8 that can do things with shortcodes that you never thought were possible. We’re talking shortcodes within shortcodes here. The Tony Stark ARC reactor of aftermarket WordPress mods and the best part is, that Caldera Engine is a plugin that exports other plugins. It’s literally a Plugin Construction Kit.

David is also an active contributor in the PODS plugin, which we will talk with him about on another night. You can read up about it in the meantime and even help to contribute to the beta-testing phase. So pull up a chair, grab a cold one and join me in my conversation with David Cramer.

Industry Night is produced and hosted by Marcus Couch for WPTavern.