One of the oldest and simplest ways of accessing public opinion is through an up/down voting system. When offered in a controlled setting where everyone has the chance to vote, the system causes the best ideas to float to the top.

Idea Factory is a plugin designed to make it easy for WordPress administrators to set up a voting system where users can submit new ideas from the frontend. The plugin was created by Nick Haskins, author of the Aesop Story Engine.

“Idea Factory was born out of necessity, and the frustration of the lack of plugins that did exactly what I wanted it to do,” Haskins wrote in the plugin’s description. His implementation is simple but built to be extensible, offering developers a number of filters, hooks, and actions. Idea Factory features the following:

Logged-in users can enter new ideas via a modal submission box. The plugin creates an Idea custom post type and data is stored in post_meta and user_meta tables. 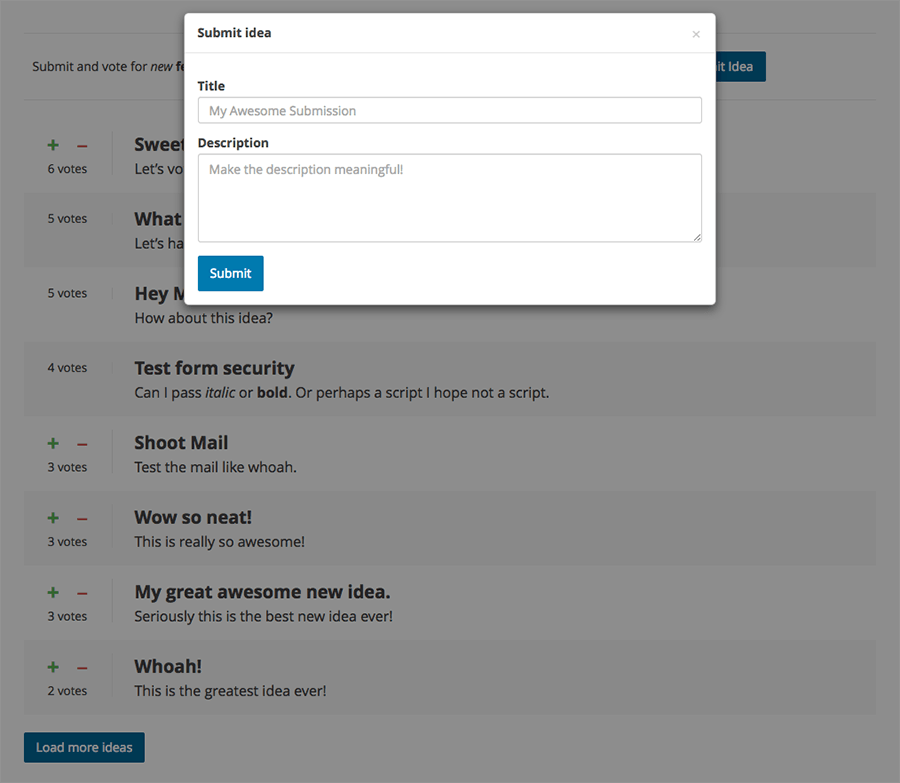 Ideas are displayed at yoursite.com/ideas. Users can only vote once on each idea before they are locked out. Up votes push ideas to the top and down votes send ideas further down the list. 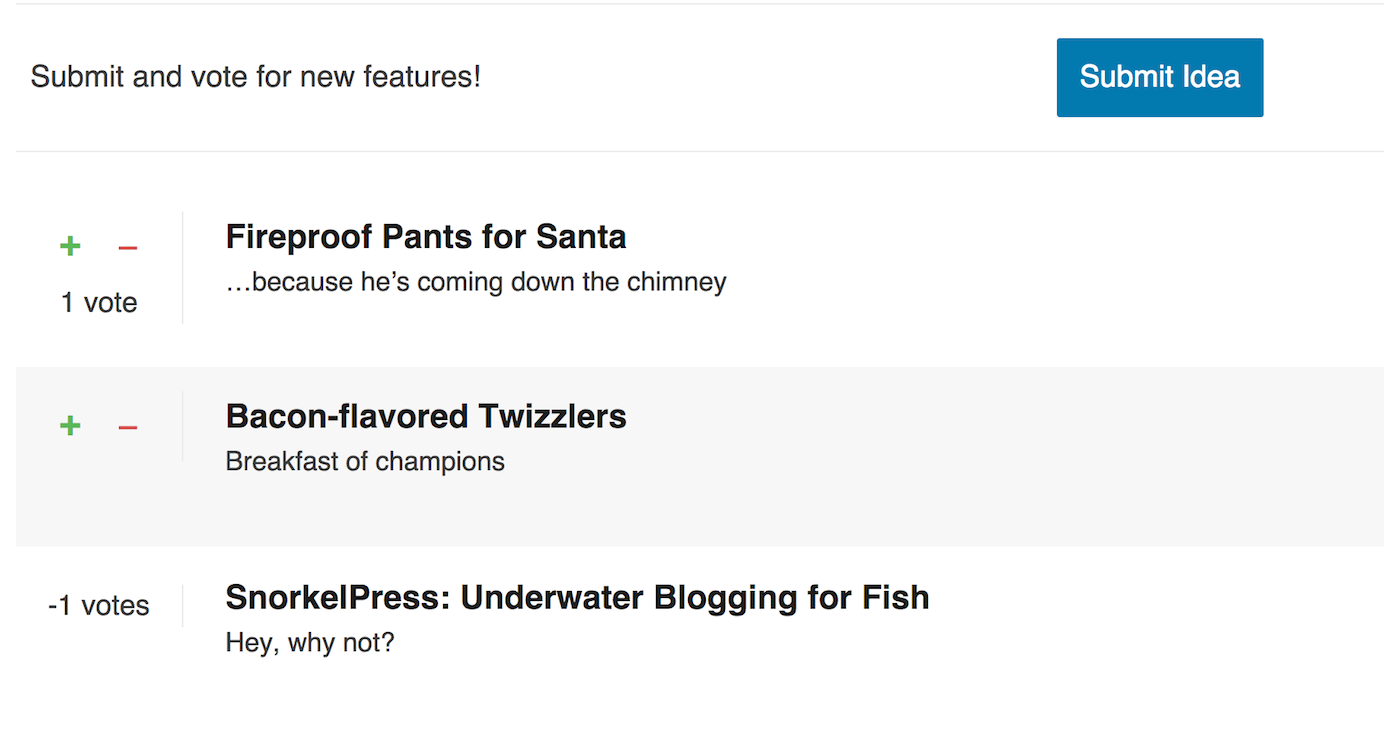 The design is generic enough to drop nicely into any theme, but you can further customize it by copying the file from the plugin’s /template-ideas/ directory into your theme. Idea Factory’s settings also allow you to disable the core CSS file from loading so that you can take full control.

Each idea and its description can be edited in the admin. If you have a highly active voting board, you may want to turn off email notifications for new submissions. The settings also include an option to hold all new ideas as drafts to be approved before publishing.

After testing Idea Factory, I was impressed with how easy it was to set up and use. Both idea creation and voting are anonymous, but it might be nice to have an option to display users for each. However, one of the best things about Idea Factory is that it maintains a limited set of features in favor of keeping the plugin lean and extensible.

An idea voting system can help community managers or developers get a better idea of where to invest their time and how to prioritize new features. It’s a quick way to take the temperature of your user base, because it allows them to freely express their ideas and participate in voting up the best ones. It’s also far less time-consuming than conducting a survey. Check out Idea Factory on WordPress.org for a solid, simple way to bring new ideas to light.