Human Made has created a Publication Checklist plugin built specifically for the block editor. It was developed as a headline feature of Altis, the company’s enterprise publishing platform based on WordPress, but is also available as a standalone plugin that developers can customize for their own particular use cases.

Ryan McCue, Human Made’s Director of Engineering, shared screenshots of the plugin on Twitter but noted that it may require more manual configuration when used outside of Altis. Developers familiar with React can extend the checklist to provide a more interactive experience for users completing the required publishing tasks.

“Because this is built for the block editor, you can build the UI for your checks in React, allowing users to fix issues inline, or providing richer interaction; e.g. ‘jump to block failing this check,’” McCue said. 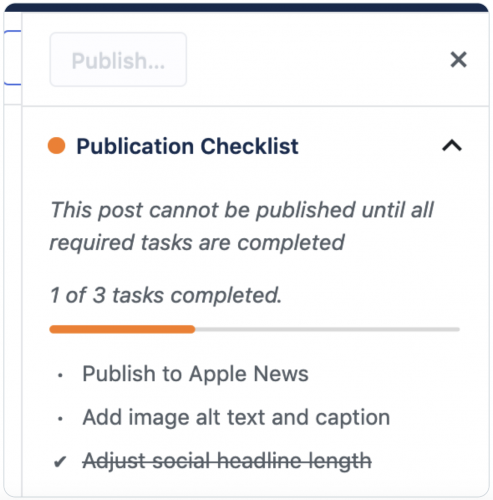 Status of the publishing tasks is also shown in its own column in the posts list table, a useful feature for giving editorial teams a better overall picture of posts in progress. (The plugin also provides a way to disable this view.) 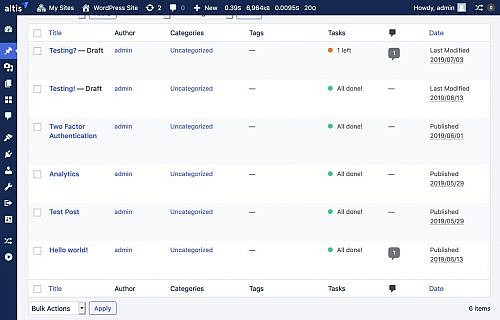 It’s important to note that the Publication Checklist plugin only provides a framework for the pre-publish checks, and does not include a settings interface for users to create their own checks. For this reason, the current version is more geared towards developers who are capable of registering checks using the provided function. The checks display a warning if incomplete but users are still allowed to publish. A more strict enforcement that blocks publishing can also be applied. For more information on customizing the plugin, check out the documentation on GitHub.