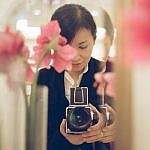 Junko Nukaga began her journey into the world of WordPress in 2011, just after her hometown in Fukushima prefecture was hit by the 9.0 magnitude Tōhoku earthquake and tsunami. The catastrophic event, referred to in Japan as the Great East Japan Earthquake, devastated the region’s infrastructure and took more than 15,000 lives. It also caused a level 7 meltdown at three reactors in the Fukushima Daiichi Nuclear Power Plant complex.

Until this point Nukaga had only used WordPress as a blogging tool, but her hometown prefecture needed a fast way to get a website up for publishing accurate measurements of the radiation levels. Although she was living in Osaka at the time, Nukaga joined the volunteer team and built the site using WordPress. In addition to local radiation levels, it also had FAQ’s about radiation from scientists to combat the misinformation that was rampant at the time. People found the site through social networks and word of mouth.

After making a difference for her hometown with WordPress, Nukaga wanted to find out more about the community behind the software. She joined an offline WordBench meetup and got connected to the WordPress community. The next year she co-organized WordCamp Osaka 2012, and in 2014 she became the lead organizer of WordCamp Kansai, an area that includes seven prefectures: Mie, Shiga, Kyoto, Osaka, Hyogo, Nara, Wakayama.

As Nukaga became more deeply involved in the WordPress community as a speaker, organizer, and contributor, she developed a new understanding of the power of open source collaboration. After moving to the remote island of Ogijima in 2014, she was inspired to create a library and cultural center, using WordPress to organize a team of more than 200 volunteers.

“When my family and I moved to this island, the school here was closed, because there were no kids on Ogijima,” Nukaga said. “We have a daughter, so we urged the government to reopen the school.

“Although the school restarted, I thought that it would be meaningless for the school to stop or close again when our daughter graduated. The island is an aging society and no new children will be born here. I figured that if there was a library, I could call migrants to the island. A library which is free and an open space would help solve many things, such as children’s learning environment, communication support for the islanders, and migration consultation, for example.”

Nukaga set up a WordPress website before constructing the library so her team of volunteers could disclose the progress of the building and recruit followers. They promoted the website through social networks and were able to crowdfund efforts to construct and maintain the building. 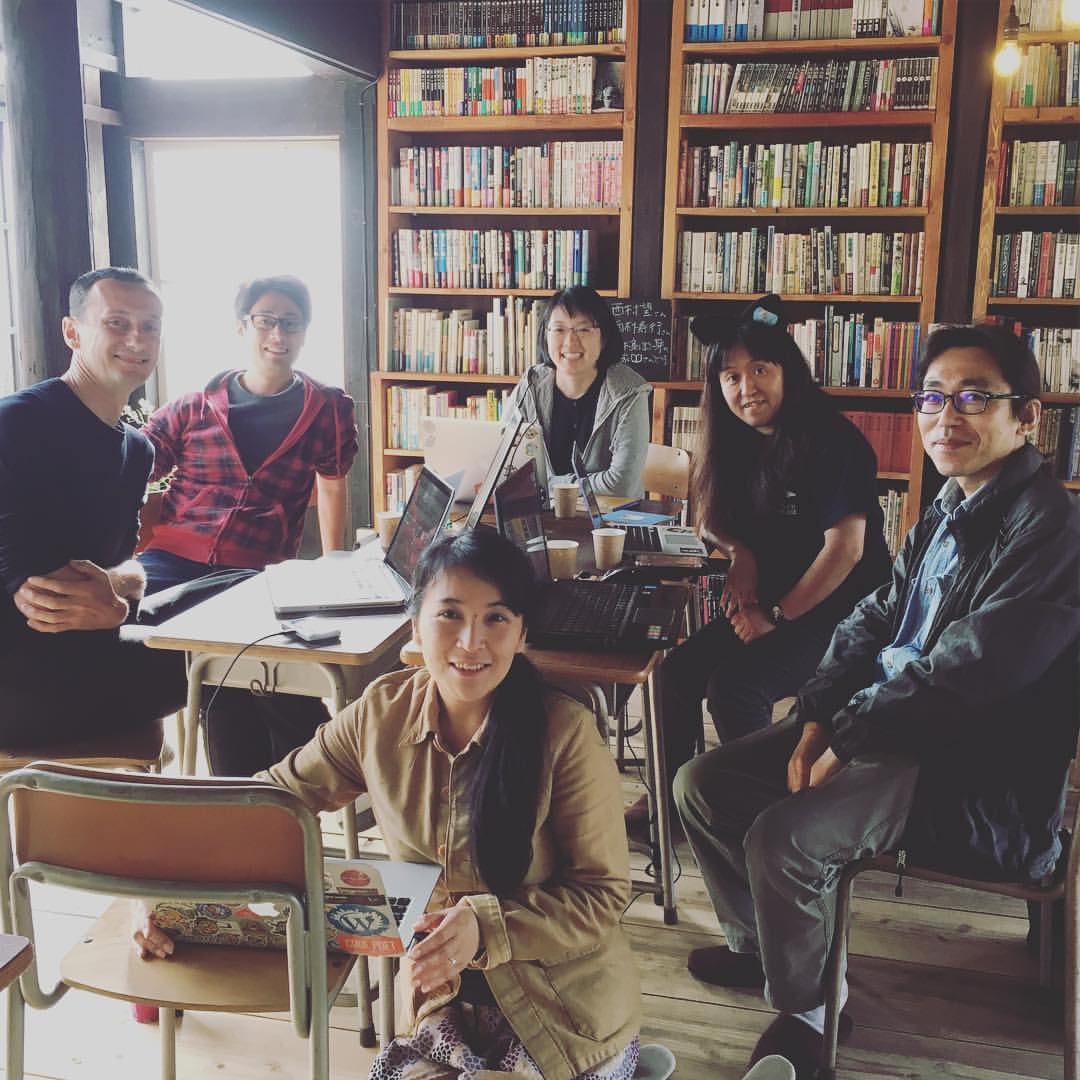 The Ogijima Library opened in February 2014 as a non-profit organization that is rooted in the community, providing a place where people can connect through books and share knowledge with one another. Residents on the island now have access to titles and periodicals that would previously have required a boat trip to acquire. More than 50 migrants have moved to the island within the last four years since the library opened, including families with babies born last year.

“Without WordPress, none of this would have been possible,” Nukaga said. “WordPress opened my way. It taught me the philosophy of open source. I have used this philosophy to involve many unspecified people from the beginning of the process of making the library. We built the building ourselves with the help of 200 volunteers, and we continue to get support through book donations. Also, thanks to the flexibility of WordPress, the things I wanted to do, such as updating, providing a search system for books, and linking to social networks, were all possible.”

The WordPress community on the island is also thriving, thanks to community organizers who call Ogijima home. Nukaga organizes the meetups, which average 5 to 20 attendees at each event. Shinichi Nishikawa, who organized WordCamp Tokyo in 2012 and helped build a new WordPress community in Bangkok, made his home on the island in March 2016. He is joining forces with Nukaga and a team of 35 leaders and volunteers to organize the first WordCamp Ogijima on July 15, 2018. 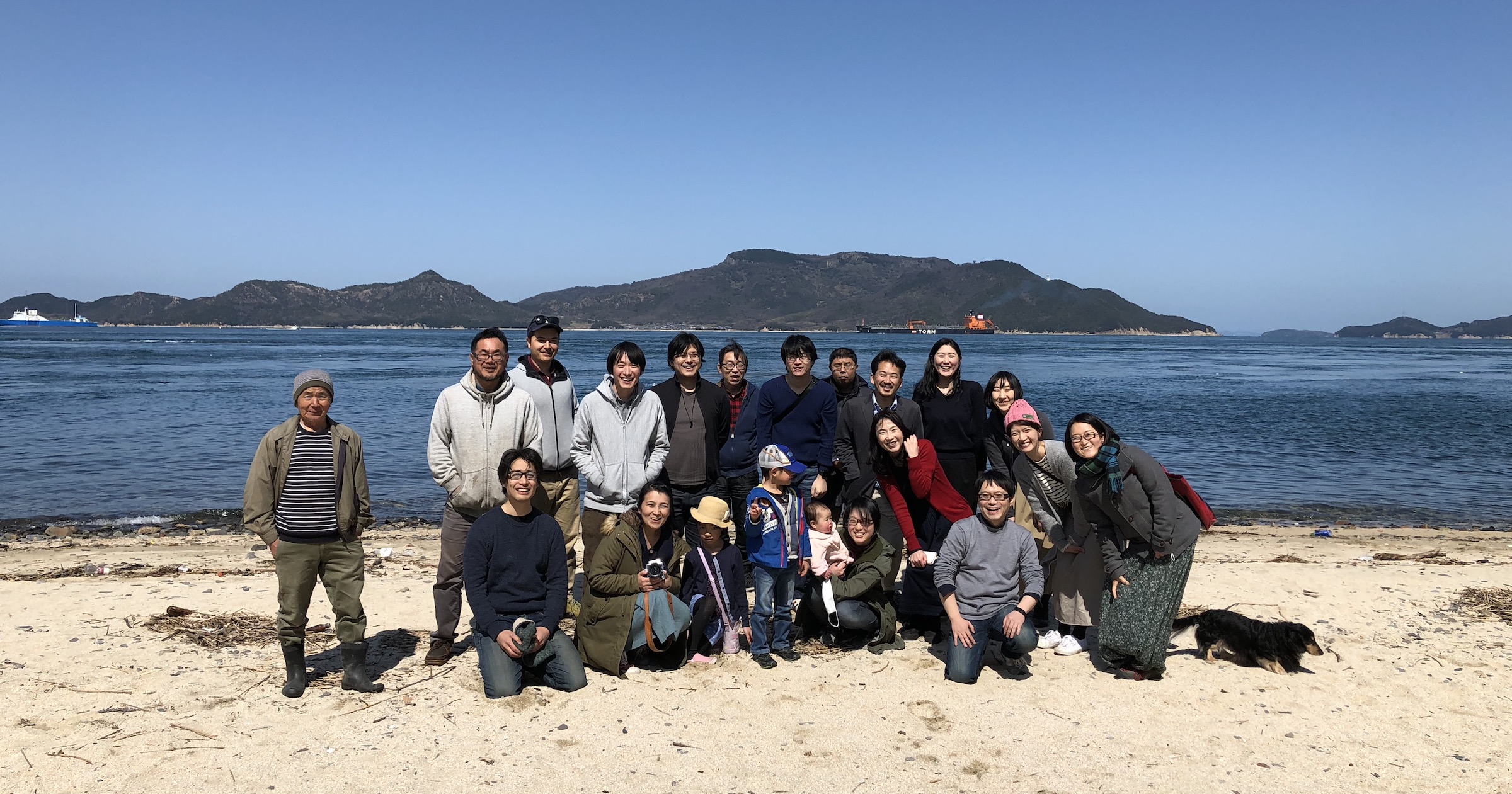 This will be the first Japanese WordCamp not held in the cities. Organizers have chartered two ferries to transport more than 250 attendees to the island. Camping is the primary lodging option in tents beside the island’s lighthouse and organizers have planned a BBQ after party. Although the event is currently sold out, 10 additional tickets will go on sale on July 10 due to cancellations and an estimation of no-shows.

“The uniqueness of the community in this area is that there are many with different backgrounds,” Shinichi Nishikawa said. “WordCamps in the city are mainly attended by engineers, designers and bloggers, but here there are people who are restaurant managers, farmers, a barber, an illustrator, a ranger (nature protection officer), baker, and others who are interested in WordPress.” 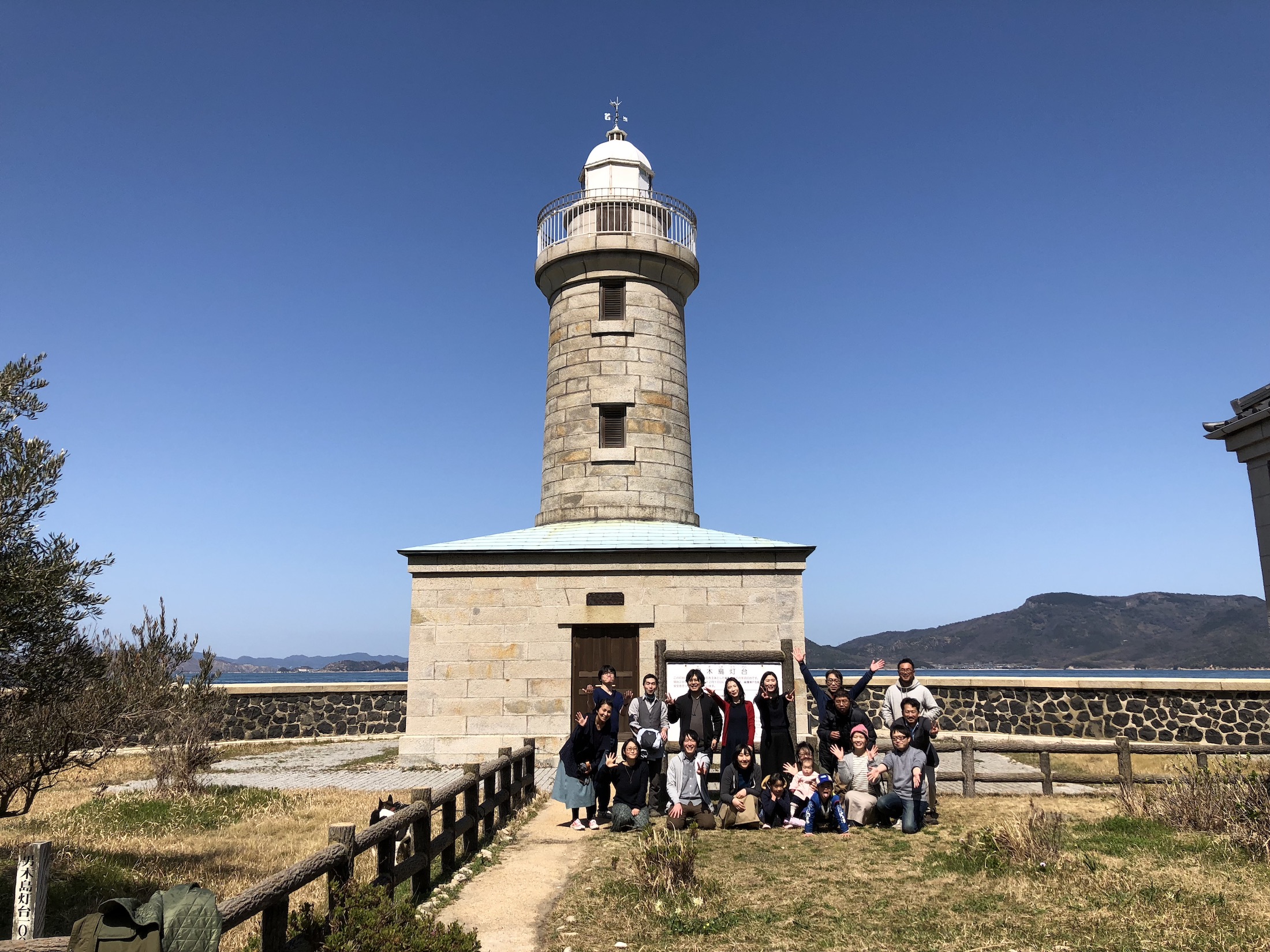 The organizing team, which includes many new contributors from all walks of life, along with meetup organizers in the Setouchi inland sea area, has adopted the theme “Empowering the smalls to go big.”

Ogijima’s local community includes members like Kaisho Damonte, who is using WordPress and WooCommerce to power a website for the bakery and cafe business he started after renovating a 100-year-old barn on the island. Kentaro Yamaguchi, another island resident, uses WordPress for his barber shop’s website. 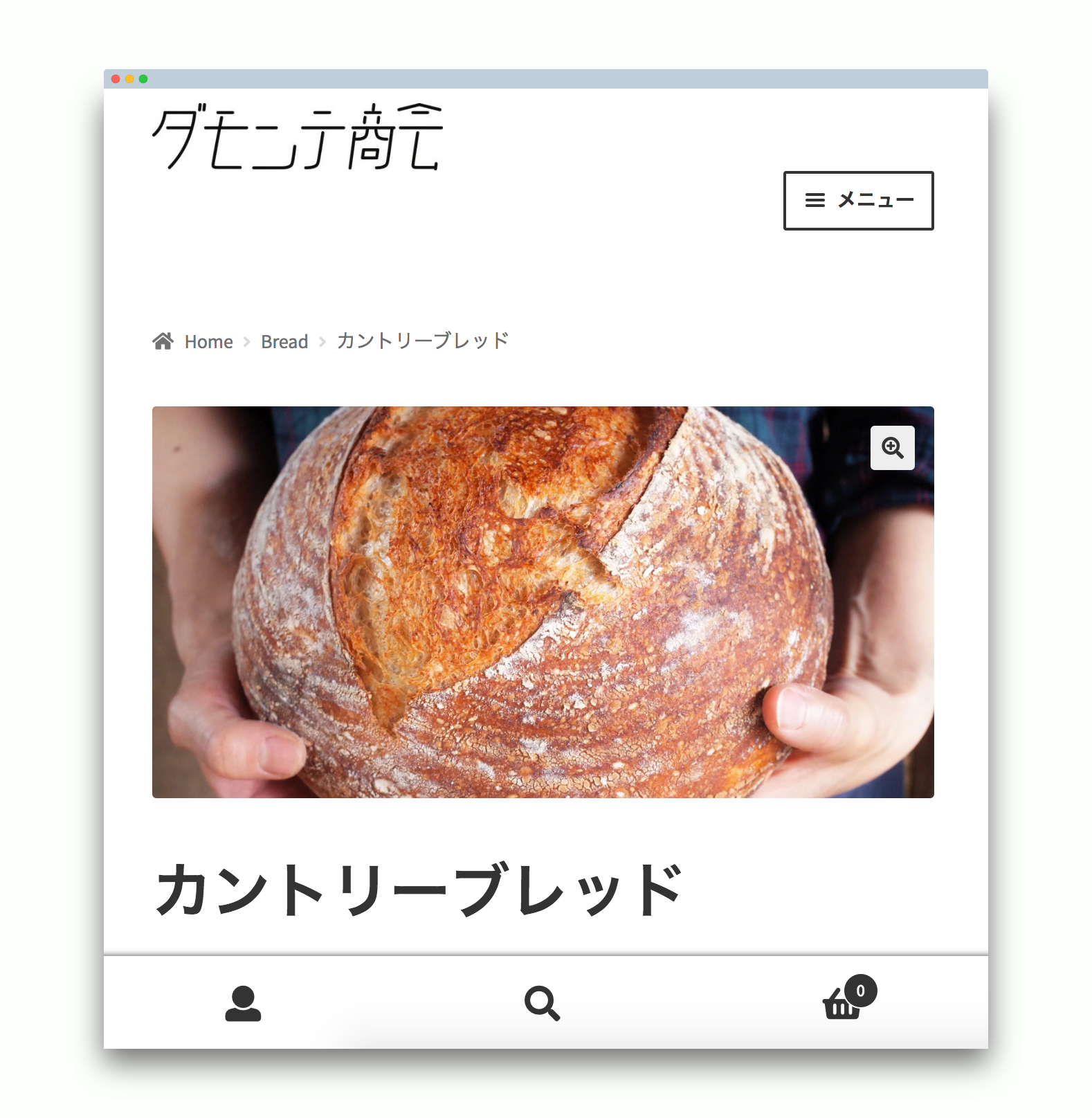 Nishikawa said he sees WordCamp Ogijima as “a WordCamp in a new place, for new audiences, by new organizers.” He appreciates the openness of the islanders who are willing to embrace new things.

“The WordPress community on the island represents this atmosphere,” Nishikawa said. “Everyone has their own views, plans for their lives, and their own ways of thinking. WordPress, with its ‘Democratization of Publishing’ mission is a great match to us, who are trying to make our lives in different ways. We have built a library, cafe, a barbershop, and offices DIY ourselves. When it comes to websites, WordPress helps us a lot.”

One of the most inspirational aspects of the community in Ogijima, along with the greater Japanese WordPress community, is the strong emphasis on helping each other learn and succeed. New members are often woven into the community through meetups that focus on connecting around specific interests outside of WordPress technical skill. The community warmly welcomes users who are new to WordPress who want to get help with their websites. Nishikawa said this is the particular audience that the Ogijima meetup is trying to reach.

“We want to connect with individuals who want to achieve something; small business owners, designers, photographers, writers, editors, and anyone who is struggling doing something on the web,” Nishikawa said. “By coming together, you notice that there are many friends who are struggling as well. Experienced developers attend as usual but their role this time is to share their knowledge to the new people. We help each other build and improve our websites. It’s a very relaxed and helping atmosphere in the meetups. We do have some presentations sometimes but that’s not the main thing.”

WordPress Core Committer Mike Schroder will be speaking at WordCamp Ogijima about how everyone has something unique to bring to the community to help it grow.

“I initially visited Japan for WordCamp Tokyo a few years ago — largely because it was the biggest WordCamp in the world at the time,” Schroder said. “The community in Japan is extremely active and welcoming, and I quickly made many friends. One unique part of the community is that it has a big focus on education. The WordBench events are excellent!”

“As the theme of the event is ‘Empower the smalls to go big,’ I’m looking forward to sharing some bits of my background, and how others have helped me grow, in an effort to show folks that they have a lot to offer,” Schroder said. (He’s also doing a bit of research and is interested to hear stories from others about unique aspects of their lives that have helped them succeed in the WordPress ecosystem. You can ping him @mike on WP Slack if you want to contribute.)

The community in Ogijima is a beautiful example of how WordPress is powering a new wave of makers and doers on the island. The software has enabled them to establish new businesses, commerce, and cultural centers in a remote area where they are building their lives. WordCamp Ogijima is a classic example of what a WordCamp should be – an event that highlights the successes of local WordPress users.

“While I don’t think our numbers will grow, our lives will always need WordPress and its community,” Nishikawa said regarding the local meetups. “And we welcome ambitious attendees who need help.”