Gutenberg 5.9 is now available for those who are running the plugin to get the latest features on their sites. This release brings significant improvements to the grouping capabilities, allowing users to group and ungroup blocks inside a container block. Once placed inside a group, the blocks can be moved up or down within the group using simple up/down controls. 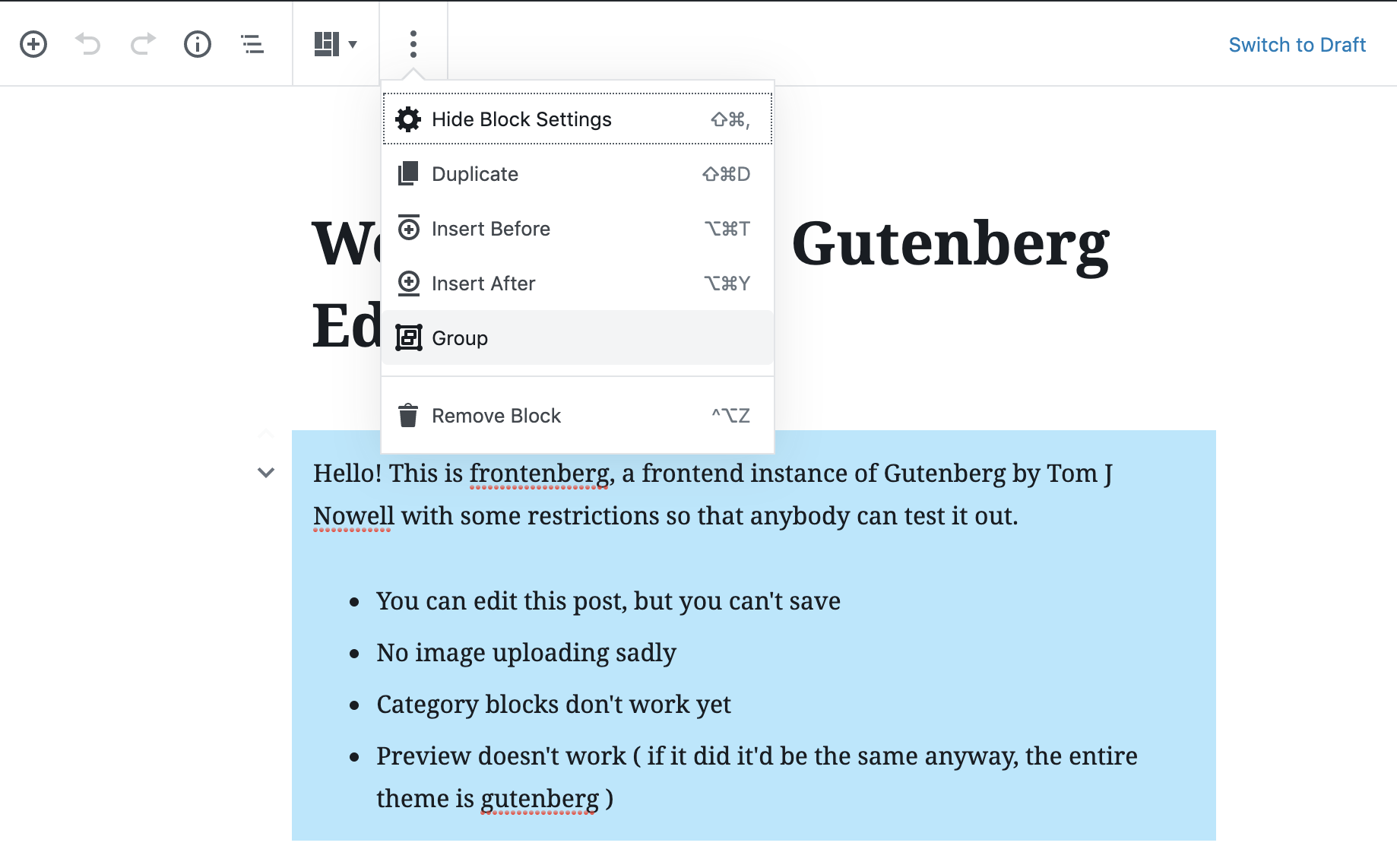 Nested blocks have also been improved so that users can click through to each layer to configure each and navigate to the deepest nested block.

Gutenberg 5.9 introduces “Snackbar” notices to communicate completed actions in the block editor UI that do not require further action.

The term “Snackbar” doesn’t adequately describe the way these notices behave. The concept was inspired by Material design and is traditionally used for providing brief messages about app processes at the bottom of the screen. Gutenberg’s new Snackbars pop up and disappear after a short delay, so the notice doesn’t have to be dismissed.

“For a distraction-free experience, all the notices used in the editor to inform about the post saving/publishing, reusable blocks creation and updates have been updated to use this new type of notice,” Gutenberg Phase 2 lead Riad Benguella said. He posted a gif demonstrating Snackbar notices in action:

This release brings several visual enhancements to blocks and UI components, including a redesign of the Table block placeholder, refactoring and consolidation of dropdown menus, and improvements the output of the Spacer block.

Gutenberg 5.9 contains more than two dozen fixes for bugs found in both desktop and mobile experiences. The editor took a slight dip in performance from the previous version, going from 4.8 to 4.9 seconds in loading time and 62.8ms to 66.3ms for keypress events. More than 40 people contributed to this release and approximately 15% were new contributors.