Gutenberg 1.7 was released today, two weeks after version 1.6, with a fresh round of new features, design updates, and the groundwork for nested blocks and block extensibility.

Last week contributors began exploring an alternative to using iframes for meta boxes. This experiment has landed in 1.7 so that the plugin now renders meta boxes inline. Gutenberg engineer Riad Benguella, who wrote and merged the code, said that it doesn’t fix all the meta box issues and might create some new ones, but it “gets us closer to where we want to go.” Pre-rendering meta boxes and creating a migration path for existing ones is next on the agenda. 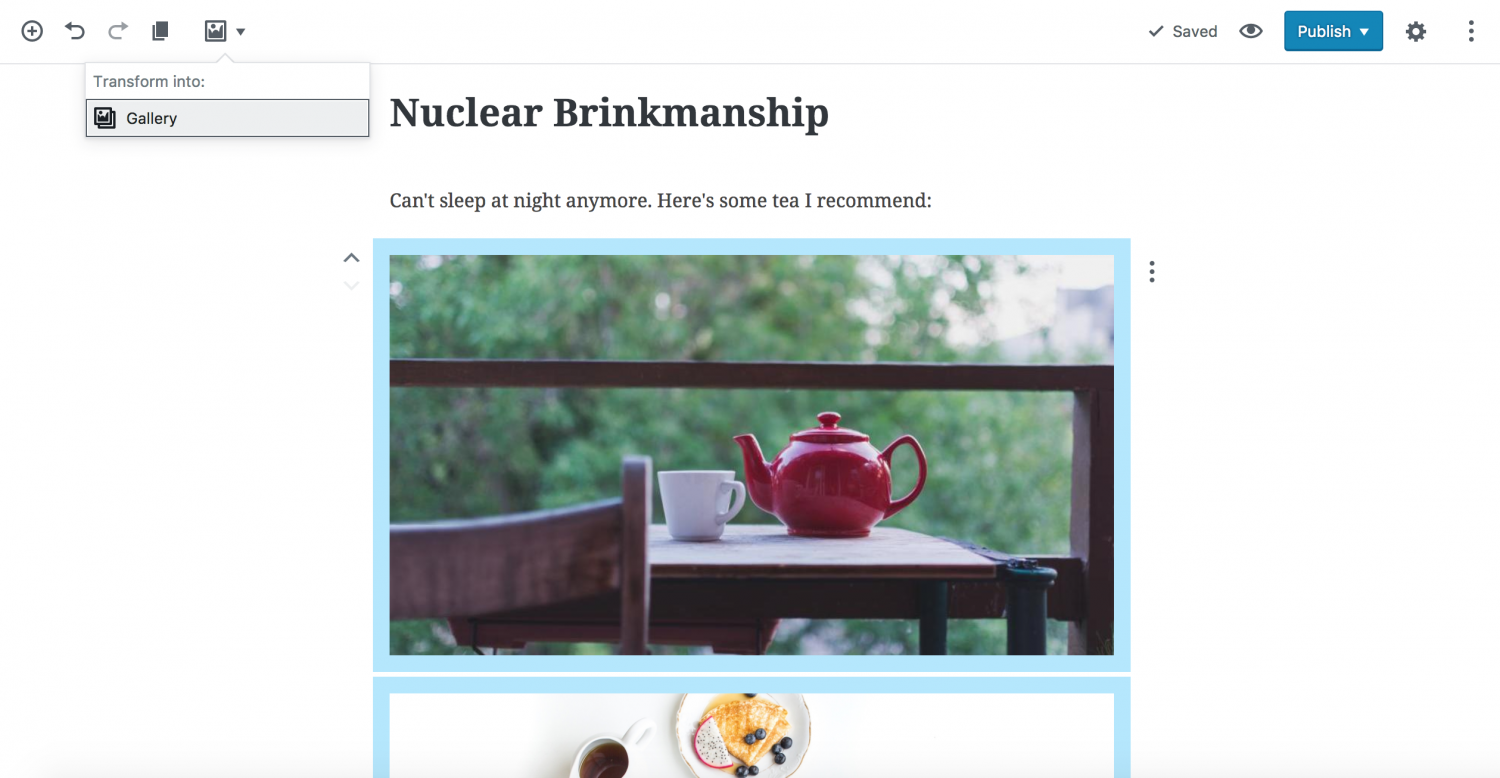 After selecting two or more blocks, the user can click on the block’s settings in the toolbar to transform them. They can also be easily changed back to single blocks. The multi-block transform functionality has been added to the Blocks API so that developers can set isMultiBlock to true to specify blocks that can be transformed.

Version 1.7 introduces a new toggle that the team is testing for switching between the top fixed toolbar and the contextual toolbars attached to each block. It provides an easy way for users to test both types of toolbar styles, but may be temporary as the pull request was submitted as a suggestion for an A/B test.

Gutenberg 1.7 paves the way for nested blocks in the data structure. It also adds hooks for block extensibility and contributors are currently testing how these work internally.

A few other notable features in this release include the following:

Gutenberg’s documentation has also been moved to https://wordpress.org/gutenberg/handbook/, signaling the project is getting closer to becoming part of WordPress. The new editor will be included in WordPress 5.0, which will ship when Gutenberg is ready. A notice in the 4.9 about.php page invites users to start testing the feature plugin ahead of its inclusion in core.