Another round of Gutenberg updates was released today. Last weekend brought version 0.4.0, which didn’t have too many noteworthy visible changes on the frontend but introduced an API for handling pasted content. Gutenberg developers are aiming to have specific handling for converting pasted content from applications like Word, Markdown, and Google Docs to native WordPress blocks. Version 0.4.0 also added navigation between blocks using arrow keys and included a new approach for rendering embed frames.

Gutenberg 0.5.0 hit dashboards today. One major improvement to the writing flow is that the editor will now avoid showing block UI while the user is typing and/or starting a new paragraph in a text block. You can test this by typing and pressing enter twice to begin a new text block. No UI should be visible during this process. Small improvements like this one are gradually bringing a bit more zen to the editor, which is still full of confusing and surprising experiences.

Version 0.5.0 adds the ability to upload images via drag-and-drop onto image block placeholders. The example below shows one of my tests. While the image is uploading, it fades in and out. This experience is a bit disconcerting, especially if the upload never resolves. I’m not certain this UI provides the best communication for the status of the image upload.

This version also introduces a new Verse block, which is intended for poetry. It has a slight indent, as compared to a plain text block, but it doesn’t yet work well with copy and paste. Unless you are a poet composing in WordPress, it’s far more likely that you will be pasting in poetry content from somewhere else on the web. Other than the initial bugs, it’s a useful block for those who often post verse. 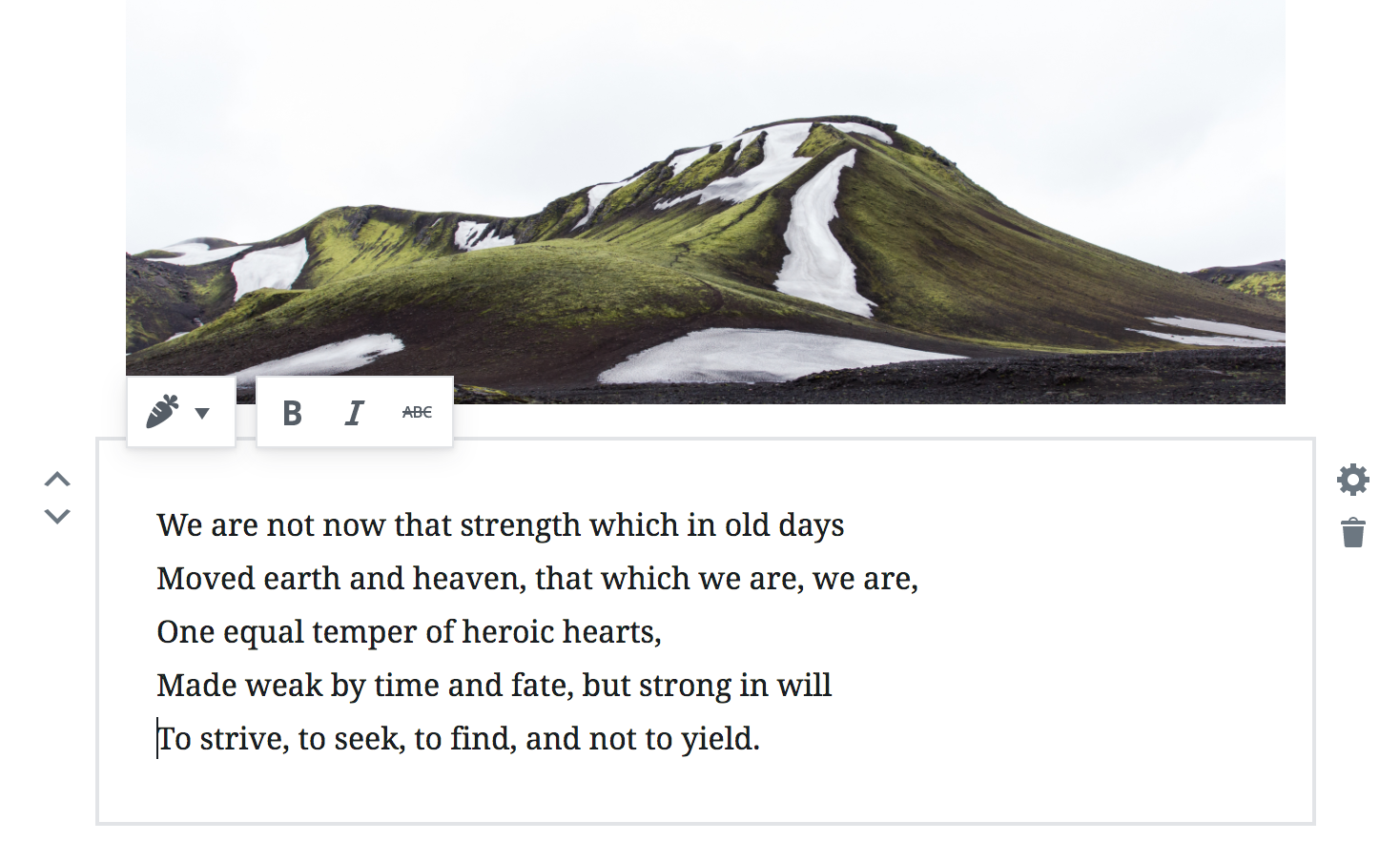 With the growing number of block types, it can be cumbersome to sort through all of them when adding a new block. Gutenberg 0.5.0 implements a new display for recent blocks. A maximum of eight are shown and the most recently used ones are displayed at the top. It does not yet persist between editor sessions, but Gutenberg contributors plan to add that in the future. 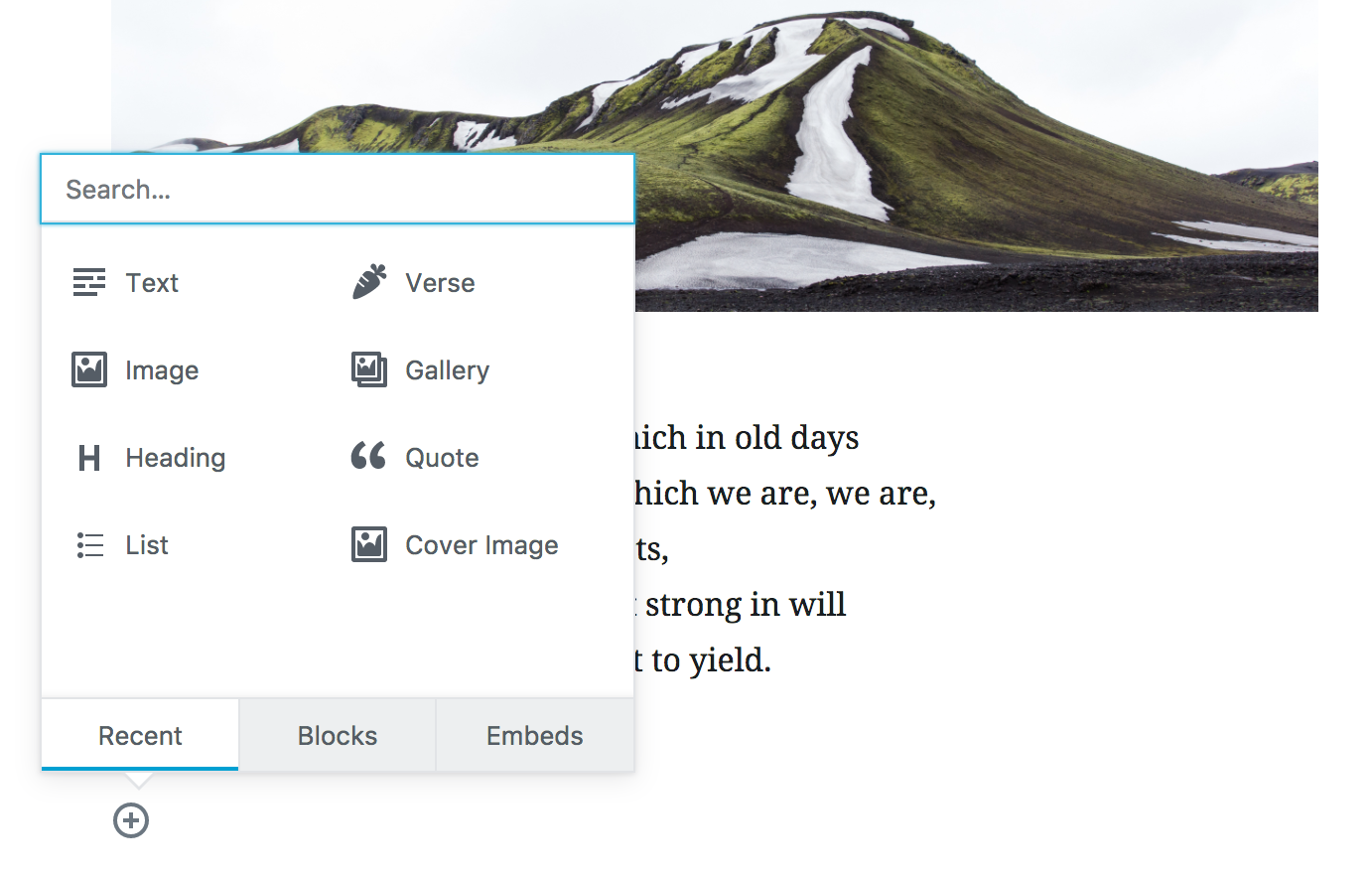 Other notable improvements in this release include the following:

Writing Long-Form Content with Gutenberg is Still a Frustrating Experience

Gutenberg in its current state is a long way away from being an editor that users would embrace for long-form writing. It still contains many unnerving bugs that steal user confidence. For example, when pasting in multiple paragraphs from a lorem ipsum generator, the editor gave me a white screen and I lost all of the content in my post. After a bit of testing I found that pasting in paragraphs one at a time worked.

This kind of frustrating and unexpected behavior has caused many testers to wonder why it isn’t being referred to as alpha software instead of beta. WordPress contributor Jon Brown summed up this common sentiment in a comment on the 0.4.0 release post.

“It’s getting better, but it honestly still feels more like a 0.0.4 alpha than a 0.4.0 beta,” Brown said. “I’ve tried writing long form content several times with each version since 0.1.0 and each time I’m quickly frustrated by the lack of flow between blocks. It’s more frustrating than TinyMCE.”

Gutenberg needs to make significant progress before it can be suitable for writing anything more than a few short paragraphs. It’s nearly impossible to get into the flow of creating long-form content with the prominence of the block UI. Right now, the editor just gets in the way. The current UI is skewed heavily towards frequent block creation. It is clutter-some and distracting for pure writing tasks. Following the evolution of the editor, with its fast-paced development cycle, is exhilarating after years of stagnation. But the project is sorely in need of a breakthrough where the Gutenberg UI finally gets out of the way of writing.

18 responses to “Gutenberg 0.5.0 Adds New Verse Block for Poetry and a New Display for Recent Blocks”