The Gutenberg plugin is moving fast with version 0.2.0 now available. This is the first release since the plugin was added to the directory last week. It includes two new block types, along with other new features, improvements, and fixes for many bugs that previously severely impaired the editor’s usability.

A new Custom HTML block allows users to add HTML and click to see a fast preview within the editor.

The new Cover Image block lets users place an image in the content with the background image fixed by default. Users can also specify text to have overlaid. Gutenberg developers emphasized that this feature should not be confused with the “Featured Image” panel which is already working in a similar way to how it has in the past. 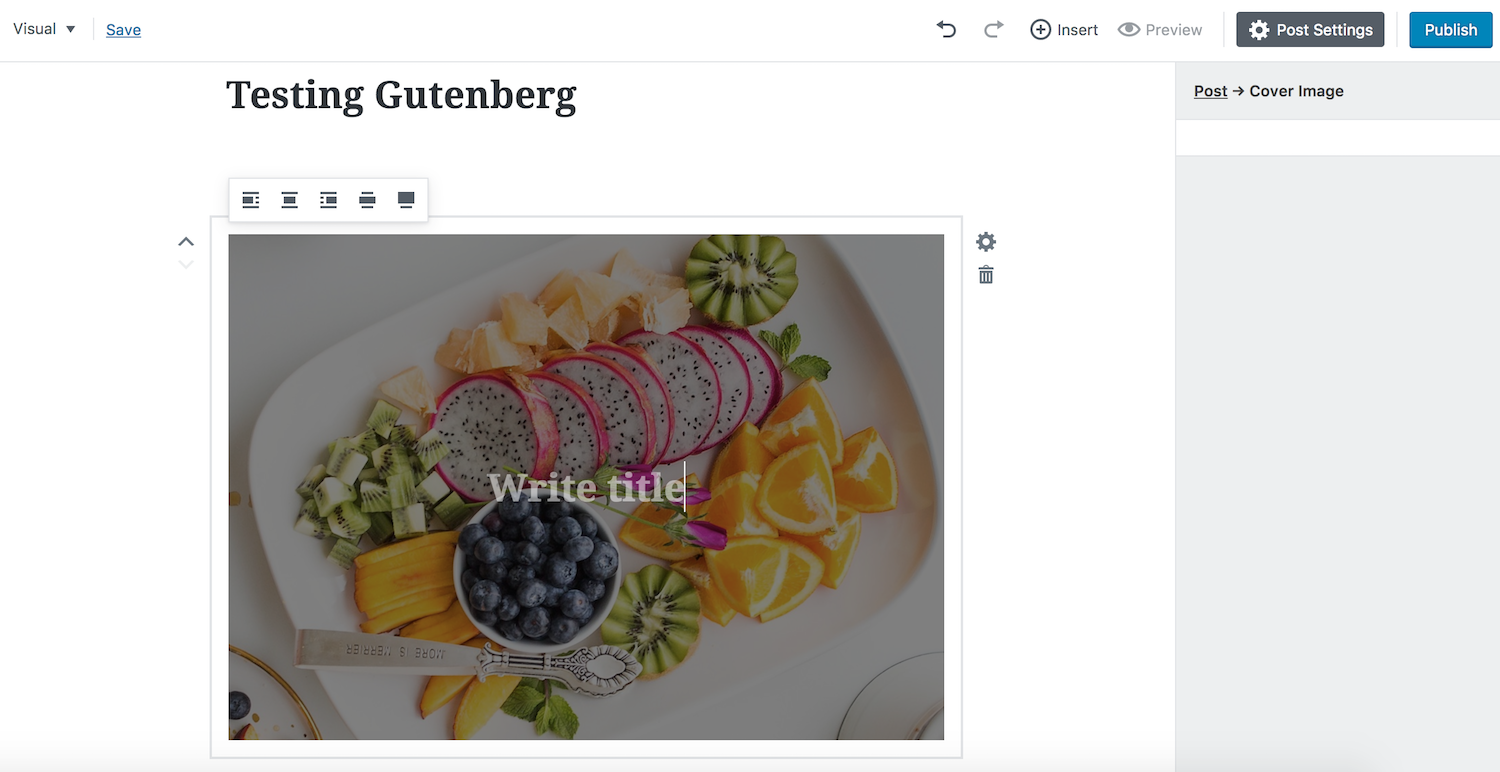 While testing the Cover Image block with Twenty Seventeen and Twenty Fifteen, I was unable to get it working correctly on the frontend. Within the editor it works beautifully but once I launched the preview I found that, regardless of which positioning option I chose, I could not get the full image to display. The size of the image’s output was only as tall as the overlay text. If there was a right way to position it, I was unable to discover it. I checked with the development team and Matías Ventura said they are not loading styles for blocks in the front-end yet. Blocks like Cover Image that need CSS to display properly will not look right at the moment, but the plan is to focus on adding CSS for these this coming week.

A few of the notable fixes and improvements include the following:

As of today, Gutenberg has more than 500 active installs. The development team is planning on shipping weekly releases to the WordPress.org plugin. If you want to keep up with the releases, subscribe to the make.wordpress.org/core blog. Feedback is welcome on Gutenberg’s GitHub repository as well as in the #core-editor channel on WordPress Slack.