Guide To Starting And Maintaining A WordPress Meetup

One of my favorites things to do every month is attend my local WordPress meetup. I’ve helped put the meeting together since 2009. Usually, we’ll have 10-25 people show up depending on the weather or if the event is on a holiday. Meetups are like a smaller version of WordCamps where individuals present on specific topics each month. Now that we have a healthy nucleus of regular attendees, the meetups almost run themselves.

Using Meetup.com To Start A Meetup

I recently saw someone ask how they can start a WordPress meetup. They lived in a city with a population of 75,000 people and according to Meetup.com, a WordPress group didn’t exist in their area. Launched in 2002, Meetup.com is the most popular website for getting people with like-minded ideas together. The site has meetups for any topic under the sun.

Meetup organizers need to pay organizer dues before the meetup can be established on the site. Meetup.com has three pricing plans available and each plan allows you to run up to three separate meetups.

The WordPress foundation has a program in place that will pay membership dues so long as the group follows a few guidelines. In a nutshell:

If you’re organizing a WordPress meetup solely for the purpose of meeting potential clients, you’re missing the point of what a community organized event is.

Try Not To Start A Meetup Alone

If possible, try to find one or two other people in your local area interested in having a WordPress meetup. In 2009, I asked on Twitter  if anyone in the North East Ohio area would be interested in attending a WordPress meetup. I discovered Brian Layman who is a respected WordPress developer was just a short drive away from me as was Kim Parsell and Jeff Lee. I coordinated with them over Twitter and email to establish the core meetup group.

Once we had a small dedicated group of individuals attending the meetup, we used our collective social media presence to announce and recruit interested members to the meetup. Keep in mind Meetup.com will notify registered users in the area when a new meetup is created that matches their interests. Also consider using the WordPress.org Meetup Forum to tell others about the meetup.

I was lucky to have two to three people help me kick-start our meetup. If you can’t find attendees on Twitter or Facebook, try attending meetups in your area that are similar to WordPress. For instance, meetups on web design, content management, SEO, etc. will likely have a few WordPress people in attendance.

Finding a venue to host a meetup can be difficult. I recommend a place that has good WiFi, is somewhat quiet and set up for presentations. Co-working spaces are a great option to host a meetup since most of them contain the amenities I’ve outlined above. They have the side benefit of sometimes hosting workers that have an interest in WordPress. If you end up using a co-working space, ask around to see if anyone has an interest in WordPress. They could be your newest members to your meetup!

One of the biggest lessons learned while organizing a meetup is how important it is for the event to happen consistently at the same time. In the past, our meetup didn’t have a specific day of the month and was created when we felt like meeting up. This left people questioning whether or not there would be another meetup the following month.

By immediately establish consistency, you’re giving attendees a chance to plan around your meetup. For example, ours is held on the fourth Thursday of every month. The only time it changes is during inclement weather or during a holiday. It’s important you communicate schedule changes as soon as possible to give attendees a chance to change their plans.

How Long Should The Meetup Be?

You don’t need to have a time limit unless the venue requires you to leave at a certain time. Our meetup is typically two hours long with the first hour dedicated to a topic. Topics are decided either from the previous meeting or from users in our meetup.com group. If you’re thinking about doing a presentation at a WordCamp, meetups are an excellent opportunity to hone your skills. Presenting in front of 15-30 people is less stressful than a room of 50-100. 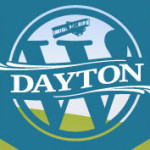 When I asked Nathan Driver how WordCamp Dayton, Ohio started, he told me it began with their local meetup. After visiting WordCamps throughout the state of Ohio, he discovered many of the attendees were from Southwest Ohio and wanted an event closer to home. He created a meetup around the Dayton area to gauge interest. “After a couple of months of debating we went for it and had our first MeetUp in October 2012″. After managing the meetup for a couple of months, Driver noticed interest grew along with memberships which is when he decided to begin the process of creating a WordCamp.

Starting A Meetup Is Not Hard But Requires Work and Dedication

Meetups require dedication and consistency to develop a community of their own. Don’t be discouraged if only three to five people show up. Use your meetup.com page as a hub and encourage attendees to leave feedback after every meeting. Make sure communication channels are open between the organizer and the attendees so everyone within the group is on the same page.

Last but not least, have fun. Meetups don’t have to be serious and in my opinion, shouldn’t be. They are informal gatherings of people from all backgrounds united by an interest in WordPress.  If you have any suggestions for new WordPress meetup organizers, please add them in the comments.

15 responses to “Guide To Starting And Maintaining A WordPress Meetup”