Just one day after Meerkat, the popular video streaming service, launched its embedded player, a WordPress plugin was in the works to make it easy for publishers to take advantage of it. David Artiss, an English developer and author of several popular embedding plugins, is the first to bring Meerkat embedding to WordPress.

The Meerkat plugin lets users embed their streams in WordPress content using a simple shortcode. The embedded player automatically does the following, according to Meerkat’s documentation:

All you need is the Meerkat username to use the shortcode in its simplest form: 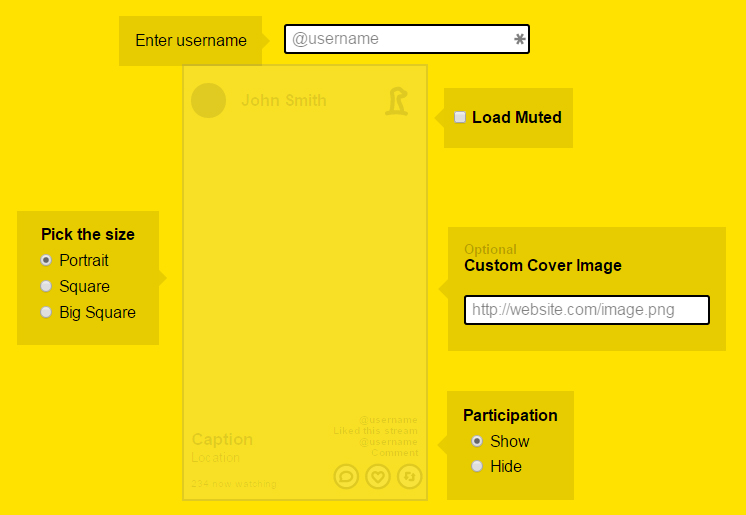 The shortcode can be embedded in posts or pages. Artiss plans to add a widget option soon, as the default player size seems to lend itself to display in a sidebar. I tested the plugin with WordPress 4.3 beta 2 and found that it works as advertised.

At TechCrunch Disrupt in May 2015, Meerkat founder Ben Rubin reported that the service was approaching nearly two million users. Chances are that plenty of those users also have WordPress sites where they can gain more exposure for their streams.

Artiss wanted to make it easy for anyone to embed a stream. He isn’t a Meerkat user himself but found that its API was easy to work with for embedding content.

“I didn’t write it for myself but I thought putting the newly released embed function in a simple-to-use plugin for WordPress users would be useful,” he said. “I just happened to be working on Zingtree Embed plugin at the same time, so it was quite simple to clone that and modify it for a different embed type.”

If you want your fans and followers to be able to find your Meerkat stream on the web, download the Meerkat embed plugin from the WordPress plugin directory. This will allow folks to join you live from your website, without having to use the app on their phones. The widget embed option should land in the next release.