Easy Digital Downloads 2.3 is available for download and includes new features along with performance improvements. One of the highlights is the new customer management interface. The improved interface lets you quickly browse customer data in an intuitive fashion. There’s also some new API’s that allow developers to interact with customer data behind the scenes. 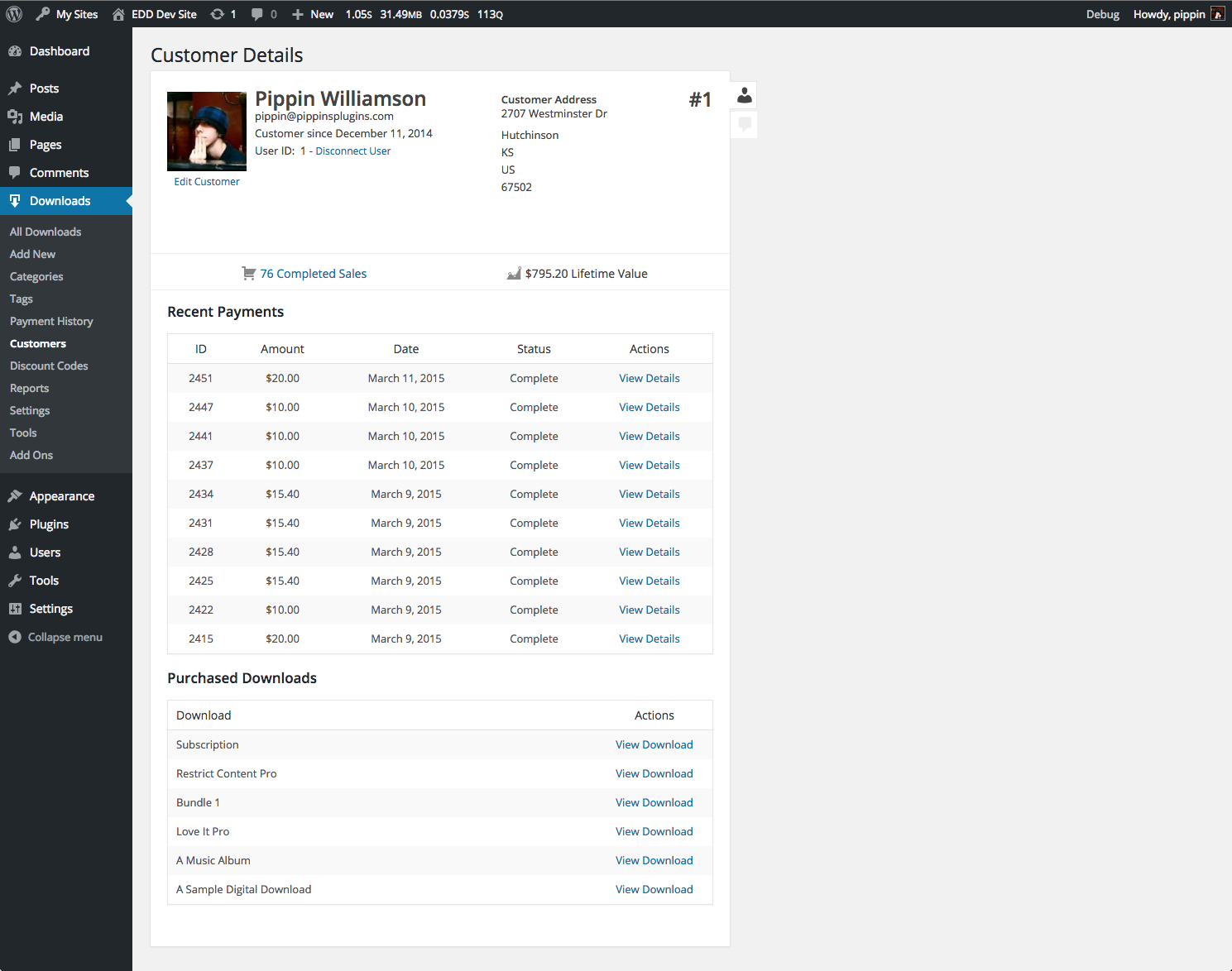 File download URLs are more secure, have better performance, and are more reliable. URLs now contain secure tokens and expiration dates to maintain the security of files. This decreases the likelihood of individuals being able to tamper with downloadable files. URLs are also shorter and easier to share.

EDD 2.3 significantly improves stat tracking. For example, when you add or remove Download products on an existing payment record, the earnings and sales for the affected products are now properly updated when the payment record is saved. Performance improvements to reports include:

According to Chris Christoff, core developer of EDD, the product has officially passed 10,000 commits made by 121 people since its inception on Github. Pippin Williamson, founder of EDD, states on Twitter that even though the release adds substantial features, the code base has shrunk significantly.

Thanks to the keen eyes of @andyfragen, it's been noticed that the EDD code base shrunk significantly with 2.3, even though we add a LOT

EDD 2.3 has eight other notable improvements:

The full list of bugs and improvements is available on Github. You can download 2.3 from the WordPress plugin directory or update from within WordPress by visiting the Updates screen.