Data.gov Is Using WordPress and All the Code is Open Source

The US Government’s Data.gov website is a beautiful implementation of WordPress. The site provides a library of the government’s open data for anyone to use:

Data.gov lets you search more than 85,000 datasets with topics ranging from agriculture to finance to public safety and everything in between. The site also features a blog for posting updates on available datasets and a section for cities to participate in sharing their data. 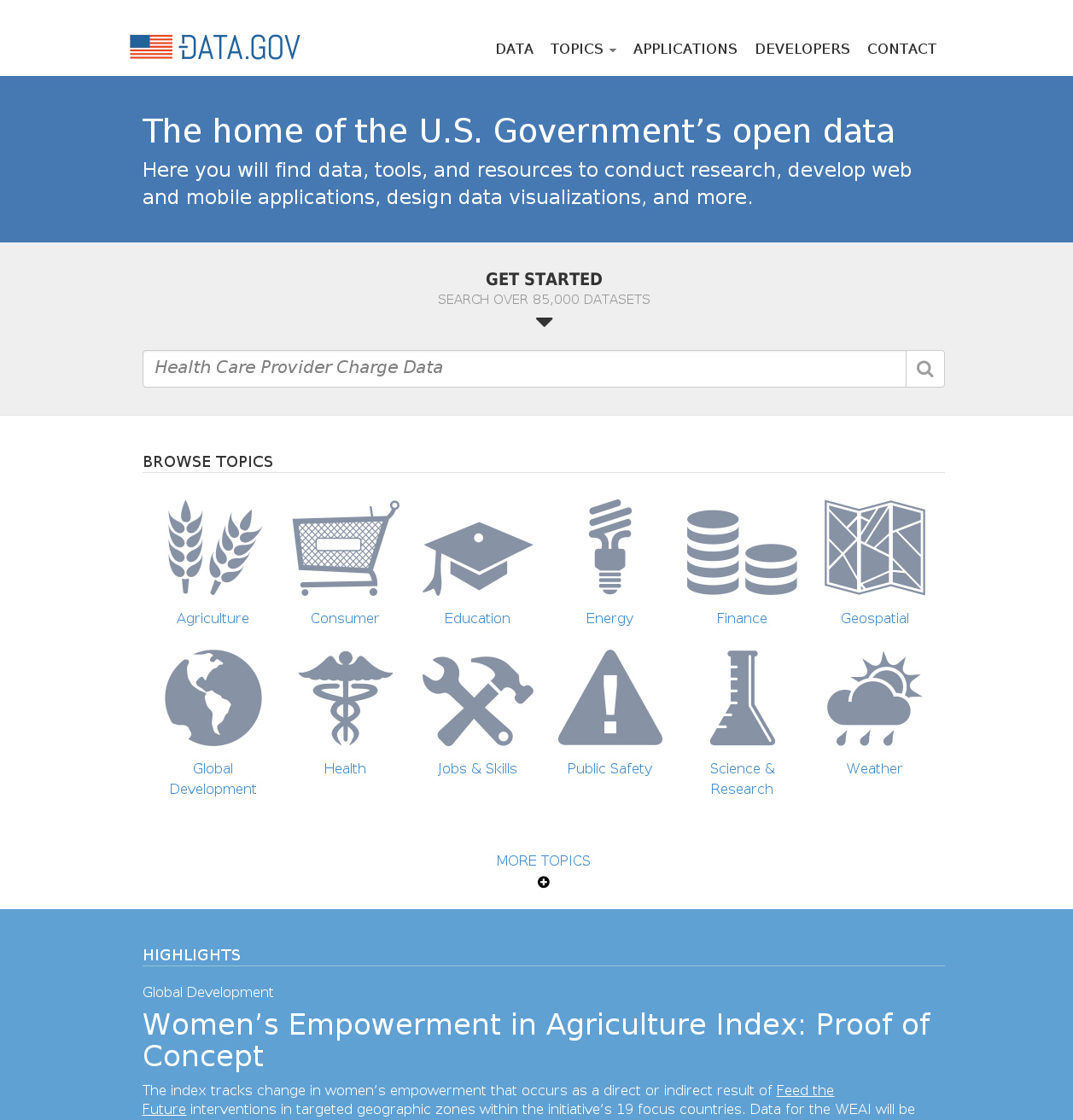 The code for the Data.gov website is licensed under GPL v2 or later and is available on the GSA github account. However, github is only used for source version control for the WordPress theme code. The site is actually powered by two open source projects – WordPress and CKAN. The data catalog portion of the site utilizes CKAN, a popular data portal platform.

Data.gov uses a modified version of the Roots Theme. All of the plugins the site uses are available in the /plugins/ folder. In the /exportable/ directory you will find advanced custom fields definitions in xml format that can be imported manually via the acf plugin. The development team also plans to release the configuration for installing and deploying the Data.gov WordPress portion of the code using WordPress CLI.

Mobile and Web Apps Based on City Data

One of the particularly interesting sections of Data.gov is its showcase of city applications. Developers have created hundreds of apps based on government data.

The mobile apps span a wide range of utilities and are powered by government data. A few examples include:

It’s amazing what people and cities can do when governments make data available for anyone to use. If you want to help get your city involved, you can contact data.gov and they will actually send the message to your city official.

Data.gov is an excellent example of a government putting open source software to good use and is part of the open data movement. Data.gov.uk is a similar site that is powered by Drupal. The open movement is predicated on the belief that any data collected by the government belongs to its people and aims to give citizens digital access to this data. American tax dollars pay for a ton of research and it’s inspiring to see a site like Data.gov created to make that information available to the people.

6 responses to “Data.gov Is Using WordPress and All the Code is Open Source”