Just when you thought Wapuu had reached all corners of the globe, the friendly WordPress mascot has now invaded the world of handicrafts with a free crochet pattern for anyone up to the challenge. Siyana Raykovska, creator of Totally Hooked, a handmade toys e-commerce site, released the pattern on her site, which runs on WordPress and WooCommerce. 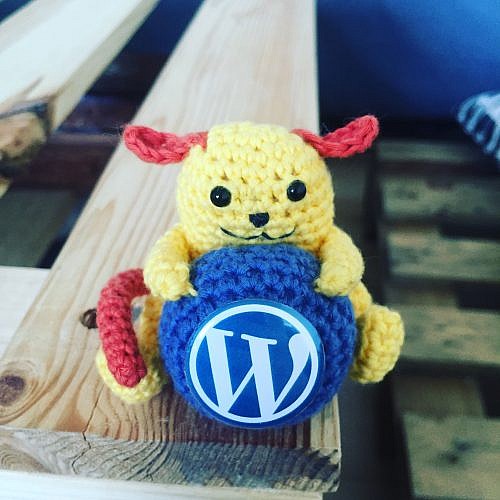 Raykovska, who is volunteering at WordCamp Europe this year, created the Wapuu crochet pattern as a way to give back to the community.

“I have been a part of the WordPress community for a while now and have tried to give back – mostly by volunteering at WordCamps,” she said. “But for a long time now, I’ve wanted to do something more.”

Raykovska learned to crochet from her grandmother when she was five years old but only recently began selling her handmade creations to help pay her way through college. She was inspired by the project’s many contributors that make it possible for her to run her own website.

“WordPress is an open source project that helps millions of people to publish on the web,” she said when introducing the mascot’s pattern on the store’s blog. “It’s created by volunteers – contributors who every day dedicate time and knowledge to make it better.”

As Wapuu is an inspirational and unifying character for the community, Raykovska decided to use her crochet talents to write a pattern for the creature that anyone can use, share, and/or modify. WapuuAmigurumi is available as a PDF on the Totally Hooked website under the Creative Commons Attribution­ShareAlike 4.0 International License.