CoBlocks, a collection of page builder blocks that was recently acquired by GoDaddy, has added four new blocks in version 1.9.5. This is the first major release since the plugin was acquired from Rich Tabor and his co-creators. Tabor now heads up a WordPress Experience team at GoDaddy where CoBlocks’ development continues.

This release merges the three gallery blocks (Masonry, Stacked, and Carousel) from the Block Gallery plugin into CoBlocks. There is a migration path for users to convert their existing Block Gallery blocks to CoBlocks’ gallery blocks. Block Gallery is still available on WordPress.org as a separate plugin with 5,000 active installs, which is actually more installs than CoBlocks (4,000). Tabor said his team is still discussing whether or not it will remove the plugin in the future.

“CoBlocks is already a suite of blocks that level-up the block editor, bringing in those gallery blocks into the core plugin removes a barrier for folks who already have CoBlocks installed,” Tabor said. “Instead of folks having to install, activate, and maintain two plugins – only one is needed. On top of that, it’s far easier to maintain them collectively under one roof, as many of the components are shared between the two plugins.”

In addition to merging the gallery blocks, CoBlocks 1.9.5 introduces a new Form block that allows users to customize a simple form directly within the editor. The block includes name, email, and message form fields but does not offer the ability to create new fields or change them to different types of fields. Users can set any of the fields as required using a toggle inside the block preview. For anything beyond these capabilities, a dedicated forms plugin would be required. 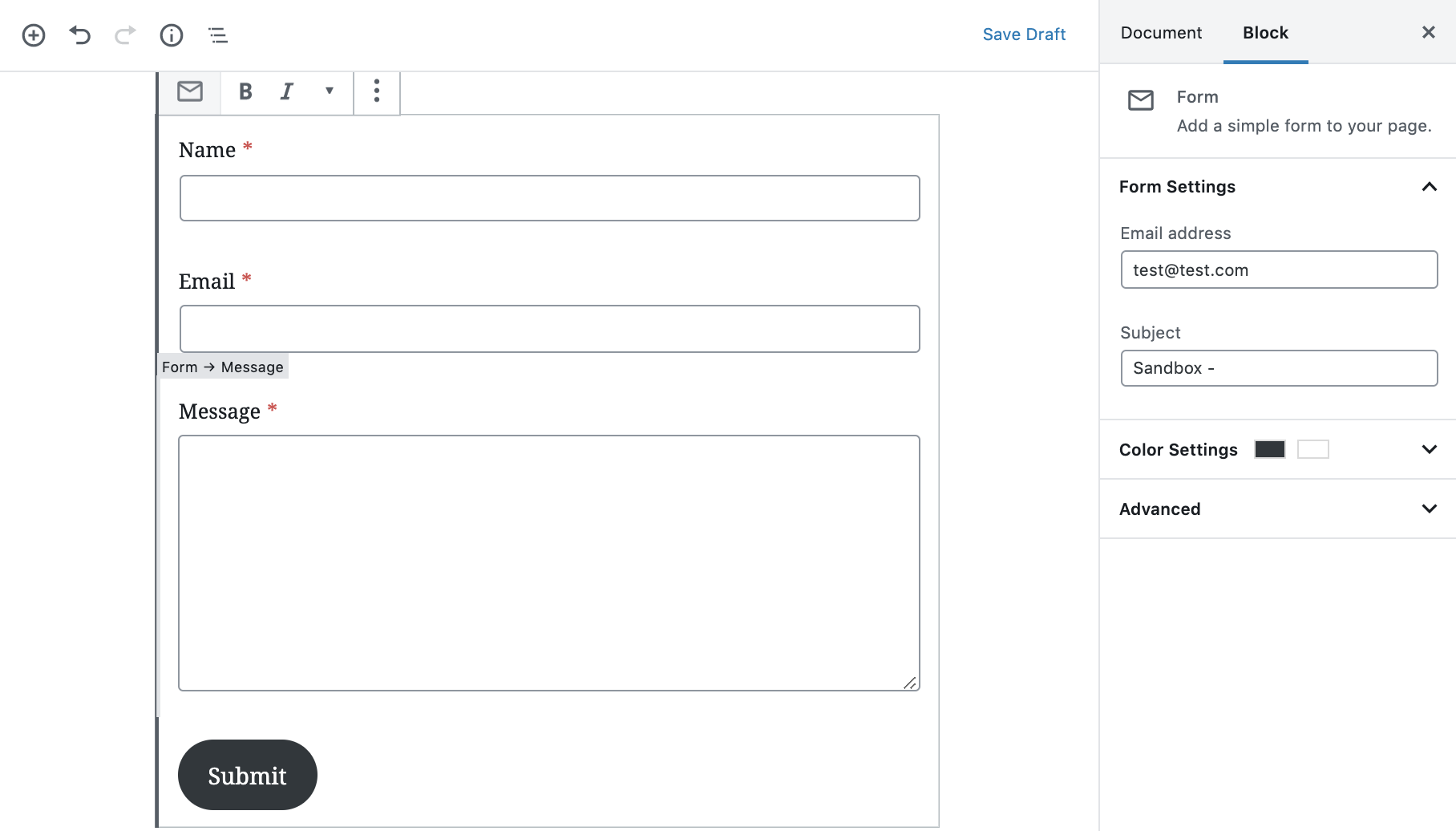 CoBlocks 1.9.5 also adds official support for Gutenberg 5.7 and includes more than a dozen tweaks and fixes.

Tabor said his team is identifying further solutions that can be leveraged to make page building in WordPress more simple. CoBlocks is rapidly becoming a another one-stop shop for the mostly commonly used page building blocks.

“We’re looking at how to make adding maps easier (a better Map block) and developing a system that enables restaurants to build out menus,” Tabor said.

Several other block collections already offer a map block and/or a similar suite of page building functionality, such as Ghost Kit, Atomic Blocks, Stackable, and Editor Blocks. Collections seem to be the best way to offer multiple small UI elements, especially if they are all designed to be complimentary in style. Plugin authors differentiate their collections from the others with additional block options, support, complimentary themes, and immediate compatibility with the Gutenberg plugin.

At the moment, there is little incentive for developers to maintain functionality as separate plugins, but WordPress’ planned single block directory may change the way blocks are packaged for optimal discovery. For now, it’s a race to see which block collection can offer the most useful suite with the most intuitive UI.