Two years ago, BuddyPress 1.7 introduced WordPress theme compatibility, which meant that sites no longer required a BuddyPress-specific theme in order to run the plugin. The vast majority of themes that use WordPress’ standard template loading should be compatible with BuddyPress.

However, some themes still need a little help to make the BuddyPress UI elements more harmonious with the rest of the theme. This is the case with the WordPress default themes, which prompted BuddyPress contributors to look into creating a set of companion stylesheets to address any conflicts arising between the plugin and the themes.

Hugo Ashmore, who is leading the task of creating supporting styles for BuddyPress when activated on the default WordPress themes, summarized the goal on the BP development blog:

We discussed and agreed in essence that it would be nice that BP displayed at its best when activated on these default WP themes as they may well be a user’s first impression of BP and first impressions last.

As of BuddyPress 2.3, the plugin will check and enqueue an additional set of styles if either Twenty Fifteen or Twenty Fourteen are active on the site. The same process will be used moving forward to support new WordPress default themes as they are released.

Work on the tickets for these two themes has already been committed to BP trunk and is on track for inclusion in 2.3. Whereas previously you might have seen messy unordered lists and BP component UI elements in various states of disarray, the new companion stylesheets resolve many of these issues with BP in use on the default themes.

If you take BuddyPress 2.3-alpha for a spin, you’ll notice that the companion stylesheets take a new approach to the user account and single groups navigation, with the primary object nav now displayed vertically on the left.

The traditional horizontal nav often causes problems, as plugin developers can dynamically add to this menu, pushing it out to two or more rows of menu items. The vertical menus in the stylesheet eliminate the crowding that you often see in the horizontal user/group navigation. 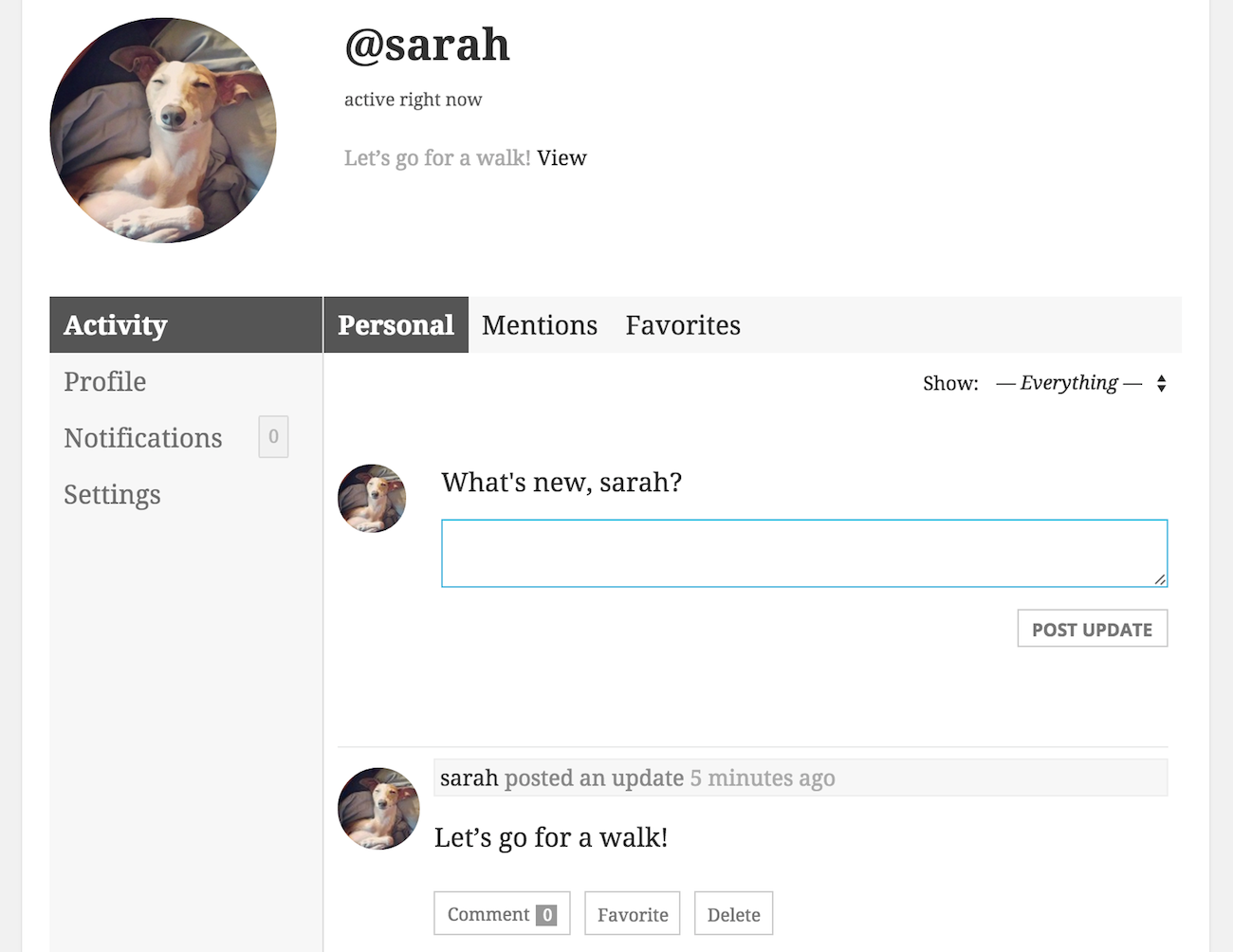 In the most recent update on the task, Ashmore requests that users bear in mind it’s “less about theming every aspect as about ensuring a broad sweep on elements to ensure the majority of critical issues are addressed.”

The primary goal is to make BuddyPress render in a more seamless manner in the default themes. Refined styling to tweak specific BP elements is next on the agenda. If you want to test 2.3-alpha and find that the stylesheets aren’t loading, make sure to add define ('SCRIPT_DEBUG', true); to your wp-config.php file if you want to run trunk directly.

Contributors working on the companion stylesheet tickets welcome feedback from the community regarding the layout refactoring of the parent theme containers for the BP directories and user account screens, as well as the vertical menu approach. Testing these elements ahead of the BuddyPress 2.3 beta, expected out this week, will help contributors ship more polished stylesheets in the official release at the end of May.