Comments are an important aspect of your content and can serve as a vehicle for building community. WordPress site admins put in a hefty amount of work moderating comments and combating spam, just to keep the conversation going with comments open. With all that work invested, admins are looking for new ways to make comment interaction more valuable to those who are participating.

WordPress.com recently added comment likes to the delight of its users. Self-hosted WordPress site admins are hopeful that comment likes will find their way into Jetpack as well. If you’re interested in doing something more with comments, there are many plugins that help to promote interaction on your site.

Comment Popularity is a new one that caught my eye. The plugin, created by Paul de Wouters and his colleagues at Human Made, adds Reddit style commenting to WordPress. Registered site members can vote comments up or down to increase or decrease comment visibility. 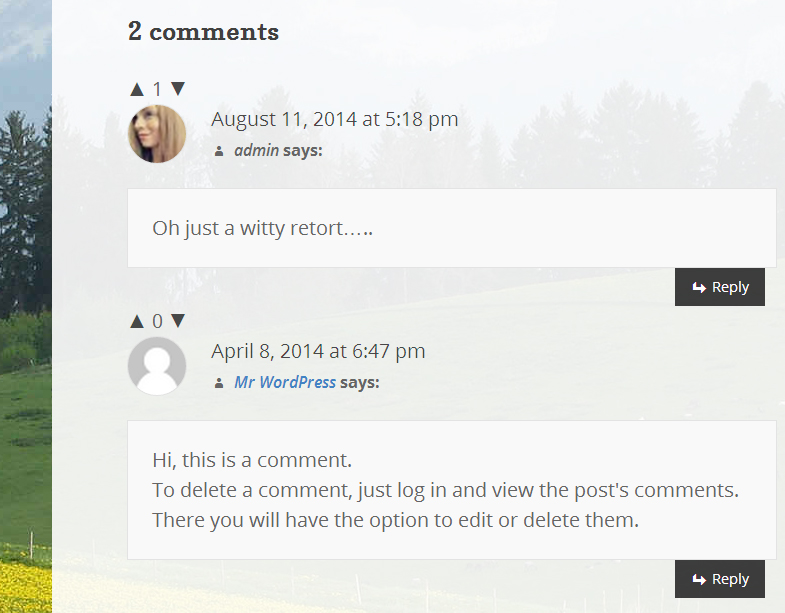 When the plugin is active, comments are sorted by weight (number of votes) in a descending order. Site members receive karma each time one of their comments is upvoted. Administrators have the option to attribute more weight to “expert” commenters by adding an expert label and additional points on user profiles.

There’s also an option in the discussion panel for setting a default expert karma.

De Wouters and the folks at Human Made plan to support and maintain the plugin via the forums on WordPress.org. It was originally created for their client, CFO Publishing, who will be listed as a contributor on the next release.

“I have a few ideas for integration with other plugins such as Stream, and our SaaS product WP Remote,” de Wouters said. I asked if he plans to add a UI for showing users their aggregate upvotes/ranks, and he confirmed that this is a possibility. “We’re already storing users voting activity, so it makes sense to offer an admin view for it,” he said. “Maybe a dashboard widget. Also, this is the kind of data we’d send to WP Remote or Stream.”

The plugin is currently restricted to registered users, as it doesn’t make much sense to leave it open for anonymous users to vote. “I do however plan to develop a drop in class that will allow users to authenticate themselves via social networks, which will reduce friction and still provide a way to identify a user with relative reliabilty,” de Wouters commented regarding future development plans. Although he wants to keep it simple and focused on one particular functionality, he is open to suggestions and contributions via the plugin’s GitHub repository.

Comment Popularity gives registered users a way to weigh in on discussions without having to comment. Consequently, there is a greater incentive for readers to register for your site. It gives everyone a chance to influence the conversation. As users attribute value to comments they like, the best comments will float to the top. This saves readers from having to scroll through all the mediocre comments in order to find the highest quality responses.

If you’re looking for a new way to encourage interaction in your comments, the Comment Popularity plugin is simple and intuitive to use. It should work automatically with most standard comment forms. Download the plugin for free from WordPress.org and watch the GitHub repository for updates in development.