The WordPress admin list tables can get quite lengthy to browse if you’re relying on regular pagination, especially when you need to perform bulk actions.

As of WordPress 4.0, the grid view of the media library has beautiful support for infinite scrolling, but list tables for posts and users still rely on old-fashioned pagination. Setting the screen options to include more listings can help, but this, too, can become cumbersome. 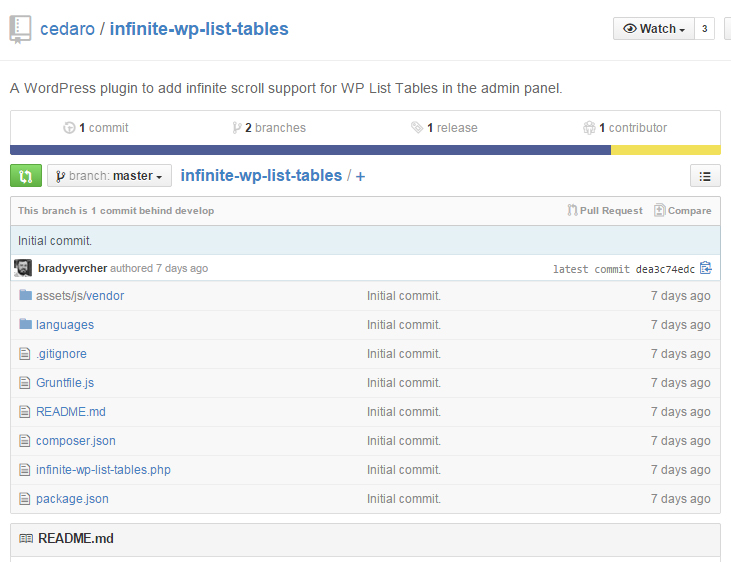 I tested the plugin both on a single site and on a multisite installation with thousands of sites and users. In both scenarios the plugin performed nicely to infinitely scroll admin list tables for sites, posts, and users.

It does not seem to work with comments, nor does it work with third party plugin tables such as the BuddyPress activity and groups admin listings. Integrations for plugins that display products, portfolio items, quotes, or other listings in the admin would make it even more useful, but I can see why Vercher might want to limit the plugin to core admin list tables.

Do you think something like this should be added to core, given that the media library works nicely with infinite scroll? As far as I’ve seen, no tickets currently exist on trac to propose infinite scroll for other areas of the admin. Do you prefer traditional pagination for sites, posts, users, and comment list tables?