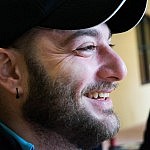 This post was contributed by guest author Mendel Kurland. Kurland is GoDaddy’s evangelist who travels to WordCamps and is the interface between various open source communities and GoDaddy.

As I flew from DrupalCon Los Angeles, CA to WordCamp Maine, I thought a lot about what the Drupal and WordPress communities could learn from each other. WordPress and Drupal are two community-built platforms and each community is powerful. We stand to learn a lot from each other, because all open source projects matter.

With an eye toward looking for the similarities, rather than the differences, both WordPress and Drupal are working to overcome similar obstacles including, brand recognition, threat mitigation, adoption, onboarding, contribution, the list goes on. So why did I go to DrupalCon LA? To learn and give back to another community that’s steeped in collaborative culture.

Thousands of people attended DrupalCon in Los Angeles this year. It’s massive and the layout is similar to a large developer conference. There are sessions centered on technical, as well as business topics, and usually lively question and answer opportunities after each session. There’s a coder lounge, a contribution room, and a huge emphasis on contributing to coding sprints for the next release of Drupal, Drupal 8.

Prior to the conference, DrupalCon had summits to help gather community members around a particular vertical or topic such as, higher education, community, business, and training sessions to help level-up skills based on experience.

The theme of organizing around common interests is strong throughout the entire conference with birds of a feather sessions and topical social gatherings with topics like, women in Drupal and first time attendees. When it comes to mobilizing around interest groups, Drupal does a brilliant job.

Lessons and Questions from DrupalCon

It’s OK to Love Drupal Too

If you’re reading this article on the Tavern, you’re likely a WordPress loyalist. I love WordPress, and it’s also ok to love Drupal. They are both tools in an open source toolbox that we all share. The beauty of our opportunity as developers, designers, and creative professionals is our ability to create awesome things in a million different ways.

In going to DrupalCon, it was refreshing for me to take a second to see the web development industry from another perspective. I’d love to hear your perspective in the comments and on Twitter.

17 responses to “A WordPress Veteran’s Take on DrupalCon LA”