The “adopt-me” tag in the WordPress.org Plugin Directory is starting to gain traction, with two pages of current listings. While that may not seem like very many among the 33,000+ plugins, the new clear path for adoption is helping to change the course of extensions that would otherwise rot in the repo.

The “adopt-me” tag was introduced as a possible solution to help lower the rate of plugin abandonment. It provides a centralized way for developers to search for plugins that need a new owner. 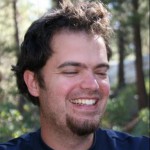 “Like so many other WP developers, I’m always slightly saddened to see that rust-orange notice at the top of a plugin telling me this or that plugin hasn’t been updated in over 2 years,” Cromwell said. “I wanted to test myself by looking at someone else’s code, seeing how and why they did what they did, and seeing if I could improve on it.” With that goal in mind, he reached out on the Advanced WordPress Facebook Group for plugin adoption opportunities and discovered the “adopt-me” tag.

In the process of examining various candidates, Cromwell was less concerned with the plugins’ potential audience/user base and more focused on finding one that fit within his current skills. “While I did want a challenge, I didn’t want to adopt something way out of my experience, like a booking plugin or something overly complex,” he said. “I didn’t want to do something so different from what I’d already done that I’d never actually update it or improve on it.”

He eventually landed on two plugins that worked well with the development he had done previously: Imagelens by Ramoonus, and Carousel Gallery by Joen Asmussen and eTiger13. “I contacted each of them through their website or social media channels and heard back from them fairly quickly that they’d love to hand over the wheel,” he said. Plugin authors can easily add new developers as contributors if they want to pass the plugin on for a better future.

“I’m happy with my progress so far,” Cromwell reported. “I completely revamped ImageLens from the ground up. Formerly, it simply added the script everywhere. I didn’t want that. I wanted users to be able to enable it per image, or for a whole post/page. Deciding that forced me to learn how to filter the_content() and to leverage custom attachment fields. I also discovered Ohad Raz’ “My Meta Box” class for custom metaboxes in the process.”

Pleased with the success of his adoption experience so far, Cromwell plans to continue browsing the “adopt-me” tag for more extensions to bring into his plugin family. “I really like being able to contribute to the WP community this way,” he said. “It’s also a great way to jump into the deep end of plugin development, at least it has been for me.”

Based on his experience, Cromwell believes that if you haven’t updated your plugin in a year, the best thing you can do is add the “adopt-me” tag to give your extension the chance to thrive. “The threat of automatic deletion if the plugin hasn’t been updated in two years would do MARVELS for the repo as a whole,” he said. “But there’s probably easy ways that plugin adoption could become more prominent in the repo. An ‘I adopted!’ badge for profiles would be fun,” he suggested.

If you no longer want to maintain your plugin, consider adding the “adopt-me” tag to keep it alive. Developers who want a new challenge then have the chance to discover your plugin. Cromwell’s adoption success story demonstrates how easy it is for abandoned or unwanted plugins to find a new home with an enthusiastic developer.