ThemeConf a Conference for Front-End Developers and Designers September 2nd-4th, 2015 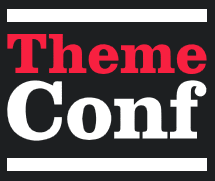 ThemeConf is a new conference set to take place September 2nd-4th, 2015, in Keswick, England aimed at front-end developers and designers. Confirmed speakers include a handful of Automattic theme wranglers, Noel Tock of Human Made, freelancer Adam Onishi, and Chris Hutchinson of The Times.

The session schedule is expected to be released later this week however, here are some of the topics that will be covered at the event.

Jack Lenox and Tammie Lister, who are the primary organizers of the event, originally came up with the idea for ThemeConf at the Automattic UK Christmas dinner, “Lenox wanted to bring a conference to where he lives in the Lake district and I wanted to do one focusing on themes,” Lister said.

The two have been planning the event since January of this year. Although most of the confirmed speakers work with WordPress, ThemeConf is not dedicated to it, “It’s geared to those making themes in general and working on the front end. We have tried hard not to focus on WordPress,” Lister said.

Tickets for ThemeConf are £49 and £99 respectively. The £49 tickets are for speaker sessions only while the £99 tickets include access to a workshop on using the REST API and lunch. Accommodations in the Lake District two hours from Manchester, Glasgow, Edinburgh, Newcastle, Liverpool and Leeds are available through Keswick.org.