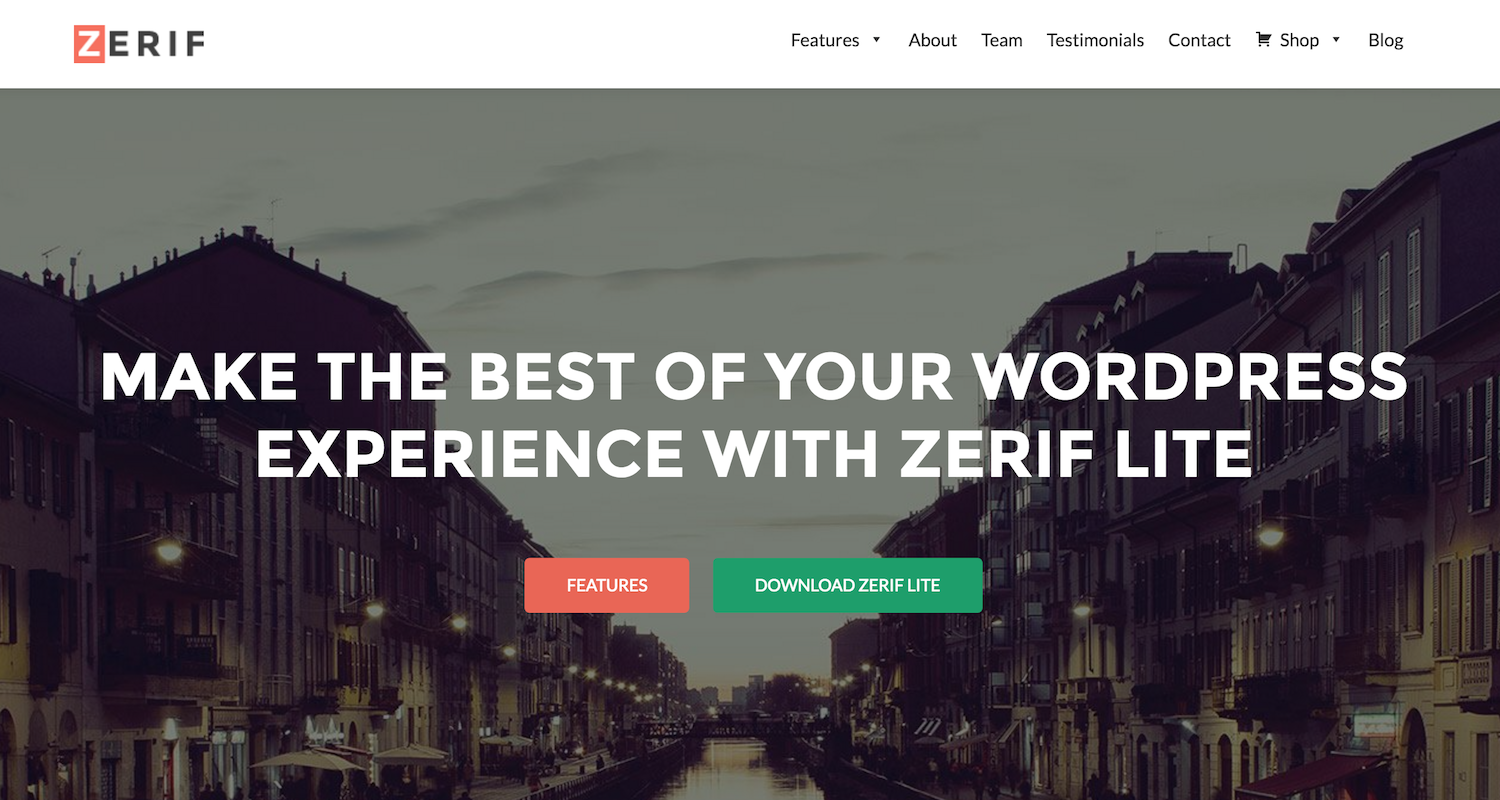 In October 2016, Zerif Lite was suspended from the WordPress Themes Directory after failure to comply with the Theme Review Team’s guidelines. The suspension left 300,000 users (including those using Zerif Lite child themes) without maintenance and security updates.

After five months of fixes and several rounds of review, Zerif Lite has returned to the directory with the same functionality but a significantly altered user experience. Users are now required to install a plugin for the features that were previously deemed to be “faux custom post types,” violations of the content vs. presentation guideline for WordPress.org-hosted themes. These include small custom content blocks that appear on the homepage for things like team info and testimonials.

“We will work on making sure it is all clear for people, but I still don’t understand or agree with the requirement,” ThemeIsle CEO Ionut Neagu said. “I think Torsten phrased it better: ‘Why do the guidelines of the Theme Review Team forbid the usage of Shortcodes/CPTs/etc. due to problems when switching themes, if, in the meantime, the Plugin Review Team explicitly allows those plugins which only work for one theme, which brings the entire idea (function remains intact after switching themes) to absurdity?'”

At the time of suspension, Neagu estimated that Zerif Lite’s unavailability on WordPress.org would diminish the company’s revenue by 50%.

“What was interesting is that revenue continued to decrease for all those months and we are now at around $45k/month instead of $120k,” Neagu said. “That revenue won’t be back as the theme is live. A big part of success/sales before was that we had a great demo, a very easy-to-set-up theme, and ‘better’ upsells.”

Neagu said the company has seen no significant increase in revenue during the first few days the theme has been back in the directory. His team has considered releasing the theme under a completely different name but is committed to supporting the current version for at least the next two years. Meanwhile, they have built newer themes like Hestia to be capable of importing Zerif content seamlessly into its design to avoid the lock-in effect.

Neagu said the experience of losing so much revenue has not changed the company’s strategy for distribution. They will continue to add new themes to WordPress.org but Neagu said they would be lucky to add two per year, given the limitation of one theme per account and a 6-7 month waiting period in the queue.

Zerif Lite’s suspension was a controversial decision. Many who commented on our first post about the issue were pleased to see the Theme Review Team finally throw the book at ThemeIsle after the company had been allowed to skirt the requirements for more than a year without resolving the issues. Others saw the situation as an opportunity to re-examine the directory’s requirements.

“Perhaps the rules surrounding theme submission to the repo should be relaxed for everyone – limited only to security concerns perhaps, let the market sort out the rest,” Bradley Kirby, author of the Wallace theme, said. “Is it possible that absolute data portability isn’t an expectation or desire from most end users? That they expect to do some manual porting of data when they change themes? That they prize other features like site design and built-in functionality over something like data portability?”

Zerif Lite has been at the center of the Theme Review Team’s discussions regarding data portability for the past two years after the team began cracking down on violations of the Presentation vs. Functionality guideline. The spotlight shined on Zerif Lite during that discussion eventually culminated in its suspension, as Neagu was forced to comply or have his theme removed.

“I think our goal should just be to provide the best experience for the users, not just to comply without thinking about what users want,” Neagu said. “At least this is my goal – to build the best products that will help people to build their sites.”

The Risks of Using WordPress.org as a Primary Distribution Channel

WordPress.org is arguably the most effective way for a theme company to reach mass quantities of users with a freemium theme. The directory lends a great deal of credibility to its listings because of the stringent guidelines and rigorous review process. Failure to comply with these guidelines ultimately ended up sinking ThemeIsle’s flagship theme and Neagu is not optimistic that the previous revenue will return.

“During this whole time, a thing that caught me off guard was some of people’s comments wondering if it was even safe to use a theme that was removed from the repo in the first place,” Neagu said. “I mean, in the user’s mind, and understandably so, there must have been something wrong with the theme since it got removed, right?” He said this experience caused him to see things differently.

“Being listed in the official repository doesn’t only get you downloads and/or sales, but also trust and credibility in the eyes of your potential users,” Neagu said. “Unfortunately, most of the users who install themes directly via their WP dashboards are not very experienced, and they have no reason to research the web a bit more to find out what happened to the theme they heard about. In other words, if someone types ‘zerif’ into the search field in their dashboard and they find nothing, they just move on.”

Neagu said that in spite of differences Themeisle has had with the Theme Review Team, the company will continue to contribute and be part of the community. The theme’s suspension, re-working, and re-installment is an interesting case of what can happen when a company’s sales strategy is at odds with WordPress.org’s requirements.

“Our products are focused towards beginners, being super easy to setup with built-in demo content, so they are not niched products that we can distribute in different communities,” Neagu said.

“It is obvious that relying on a third-party marketplace is the worst scenario, but WordPress.org is the default solution: if you want to reach a large mass of people, you need to be there.”