WooCommerce 3.7 was released today after four months in development. This minor release is backwards compatible with previous versions. Despite containing more than 1,290 commits, 3.7 is smaller than previous releases, as the WooCommerce team is working towards delivering more frequent releases to improve the stability of the platform.

WooCommerce 3.7 bundles updates from the WooCommerce Blocks feature plugin version 2.3, including the following new blocks and enhancements to existing blocks:

Here’s an example of the featured category block, which lets store owners stay right inside the editor to select the category and see an instant preview of the content.

The increased minimum versions allows WooCommerce developers to include new and more performant code in future versions of the plugin. It also enables them to utilize PHP packages. The Product Blocks and REST API functionality have been removed from core and are now loaded via Composer.

Users may notice some visual changes to how WooCommerce blocks appear in the editor. The blocks have been updated to better reflect the WooCommerce brand. This is becoming more common, as plugins with multiple blocks carve out their own branded spaces in the block inserter. 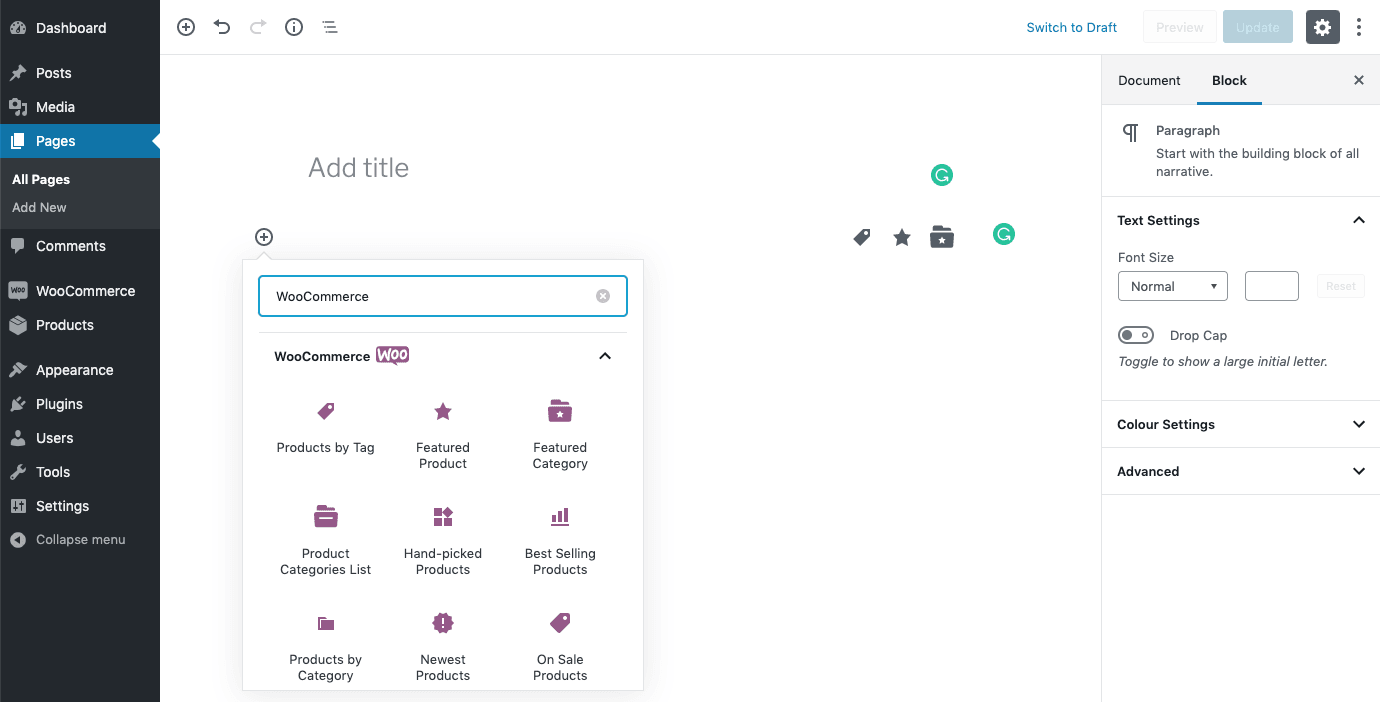 A few other notable enhancements in WooCommerce 3.7 include the following:

The WooCommerce Admin feature plugin continues to make progress and currently has 300,000 active installations. The plugin provides a new JavaScript-based dashboard for monitoring store reports and sales metrics. Recent updates include more data on the Customer Report page, improved navigation bar design, and an improved Stock Activity panel that automatically responds to inventory updates. Store owners who want to preview this functionality in WooCommerce can install the feature plugin.

Version 3.7 should not cause any backwards compatibility issues but the update includes a few database upgrade routines. The WooCommerce team recommends those with large amounts of data in their databases to upgrade using the WP CLI command wp wc update, instead of through the admin. Check out the release post and beta announcement for more details.