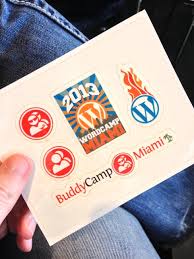 Similar to BuddyPress, bbPress has announced its own survey to help decide features and which direction bbPress development will go in 2014. The survey is three pages long and contains a mix of generalized questions. It doesn’t take long to complete and it’s nice to be able to have a say in which direction the project goes.

The only thing missing from the survey are social media links that I could use to spread the word about completing the survey. At the very least, I’d like to see a Twitter button to announce I took the survey and encourage my followers to do the same.

As part of WordCamp Miami 2014, the event will feature a BuddyCamp. BuddyCamp focuses on both BuddyPress and bbPress and provides an opportunity to learn and contribute to both projects. Tickets for WordCamp Miami are still available but you better hurry, only a limited number are left. Sarah Gooding and I will be in attendance so be sure to say hi if you see us.