PHP 7 Release Manager and Core Developer Kalle Sommer Nielsen has been watching the usage statistics of the latest version rise on W3Techs’ market share assessment. PHP is currently used by 82.1% of all the websites for which W3Techs can detect a server-side programming language. The site also collects data on the breakdown of major PHP versions.

Yes we did it! #PHP7 is already more widely used than #PHP4 (according to https://t.co/iNrl3WqYv8) #PHP #GoPHP

WordPress usage statistics for August 2016 show that more than 2.2% of its sites are running on PHP 7, which is slightly better than the world’s average. Since the minimum requirements to use the software are PHP 5.2.4+, the chart does not display information for sites on PHP 4. 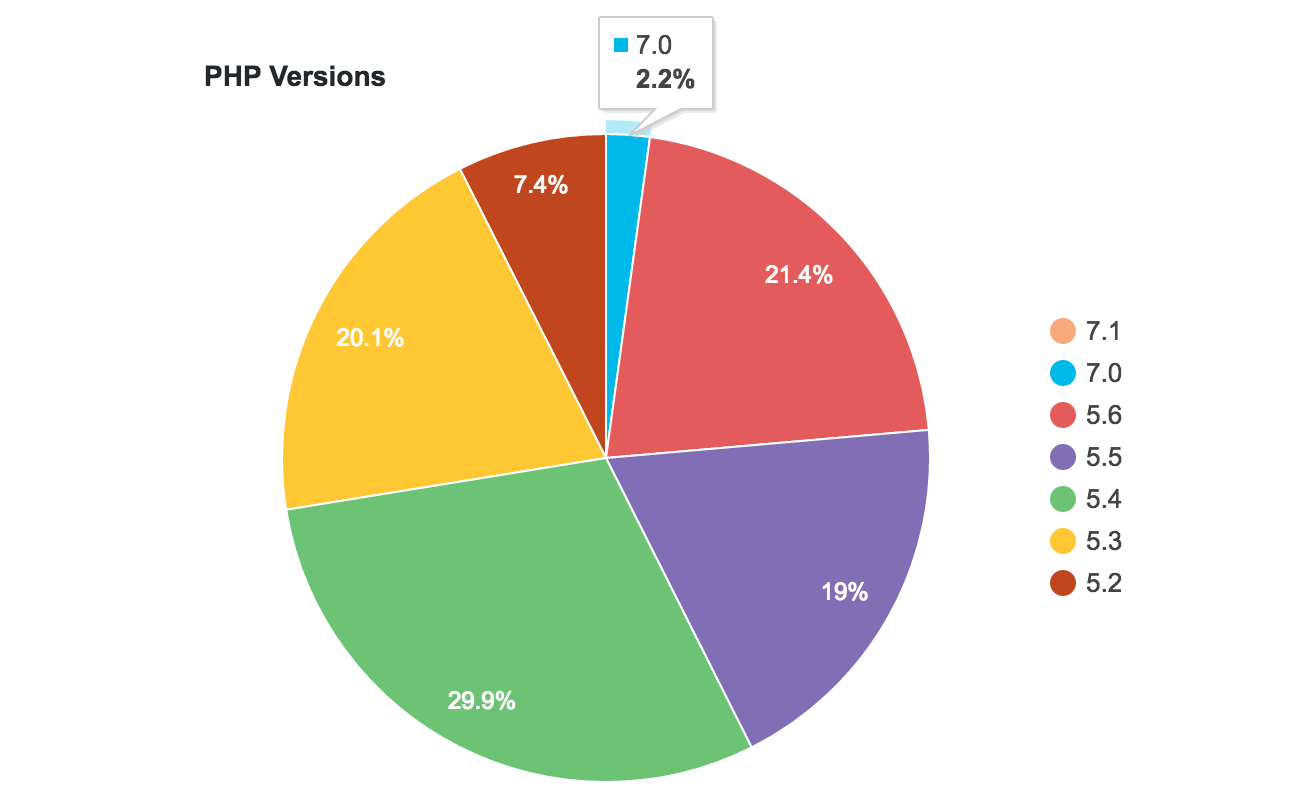 WordPress core already offered full support for PHP 7 when it was released at the end of 2015. Initial benchmarks reported by core committer Aaron Jorbin indicated that WordPress running on PHP 7 showed a 2-3x speed improvement as compared to PHP 5.6. WordPress is actively working to encourage hosting providers to upgrade their users to a more current version of PHP. As more hosts begin to offer support for PHP 7, we’ll see a greater number of plugins and themes become fully compatible, and the number of sites on the latest version will continue to rise.