In testing the new feature I found it to be a simple, straightforward implementation of a gallery widget that could easily replace many plugins that are currently filling this need for users. The option to edit or replace a gallery is immediately available and users can easily rearrange or randomize the images included. 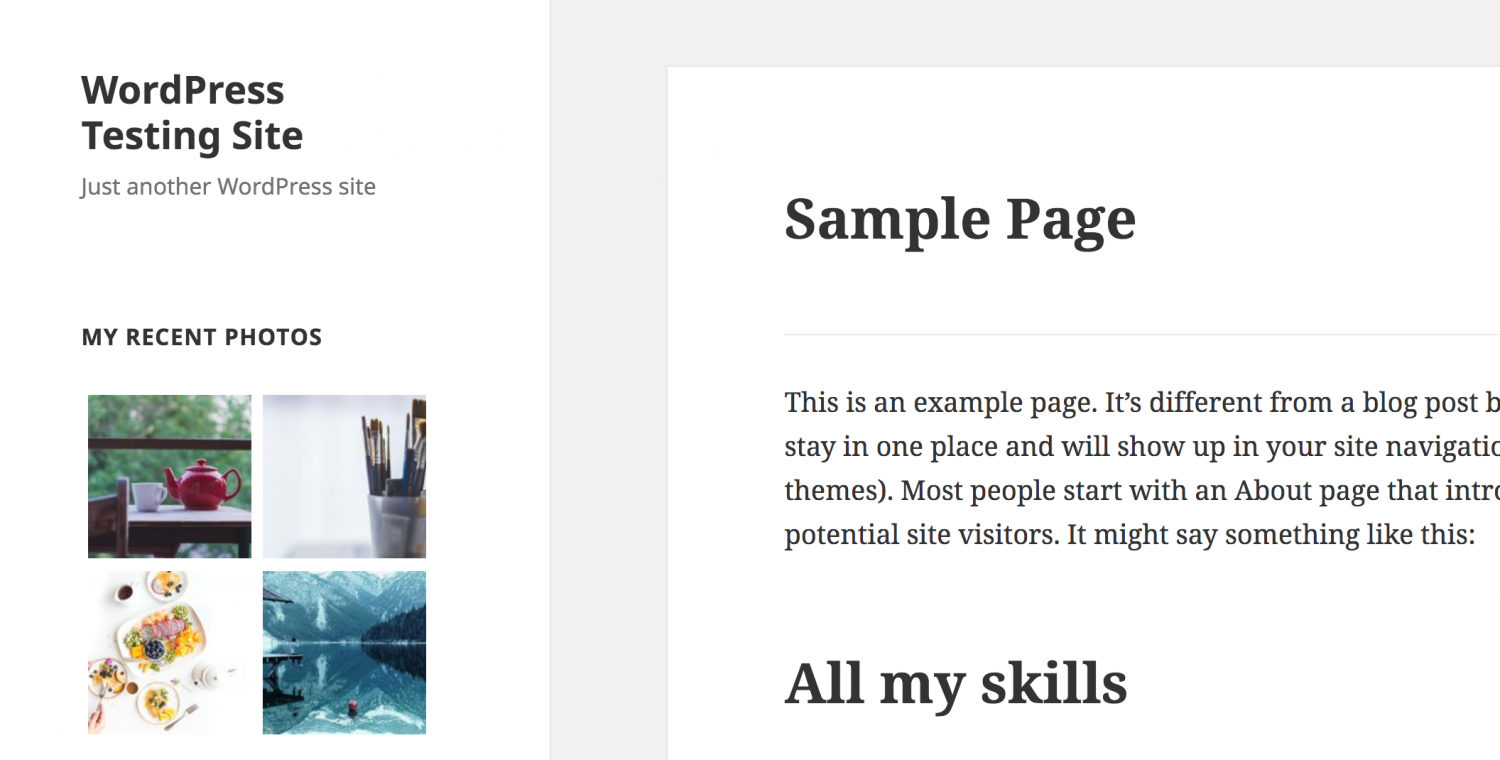 Overall, the implementation is user-friendly and similar to adding galleries in posts and pages. However, the widget could still use some testing, especially with different plugins installed. For example, with Jetpack enabled, users can choose between a thumbnail and a slideshow gallery, but the slideshow option doesn’t seem to work correctly in the widget. WordPress.org has several hundred plugins that implement some sort of gallery widget and these plugin authors will want to test the new core widget.

Theme authors will also need to test how the core gallery widget interacts with their themes. After testing the gallery widget with several popular WordPress.org themes, I found that many display the thumbnails with unsightly outlines and unpredictable spacing between images.

Weston Ruter, who authored the dev note post when the previous media widgets were introduced in 4.8, said that the paragraph regarding default theme updates is still applicable:

Themes that add custom styles to the MediaElement.js player (namely Twenty Thirteen and Twenty Fourteen) were updated from just styling it within syndicated content, to also include instances within widgets. Most themes don’t restrict styles for captioned images or media players to just post content, that is, limit CSS selectors to classes output by post_class(). If your theme does, make sure to either remove that constraint or include a .widget selector.

Ruter said another dev note will be coming with common theme changes that are required to add the right styling for galleries. Users and theme/plugin developers can test the gallery widget right now on 4.8.2 or 4.9-alpha using the Core Media Widgets plugin. Once the widget is added to WordPress, it will be deactivated in the feature plugin for future releases. Contributors plan to merge the new widget into core next week, provided testing goes well.