Earlier this month, Jetpack 7.1 added suggestions to the plugin search screen, a controversial change that has sparked debate this week. When users search for a plugin that matches a term for an existing Jetpack feature, the plugin now inserts an artificial, dismissible search result into the first plugin card slot, identifying the corresponding Jetpack feature.

The Jetpack team said users have a hard time knowing what features are available, with 45 modules packaged into the plugin. The idea behind the proof of concept for the suggestions was to improve the discoverability of Jetpack’s existing features. Many in the developer community became outraged after it was discovered that Jetpack was also advertising paid upgrades in this space as well.

The fact that it was rolled out with promotions for paid upgrades made it seem to many onlookers that the discoverability problem was just a pretext for injecting advertising. The WordPress Plugin Team also said it may or may not be a violation of the plugin directory guidelines but that the team was still “arguing about the semantics internally.”

“We made a mistake, and we’re moving to correct it immediately,” Jetpack team representative Jesse Friedman said. “Our intention with these feature hints is to help you discover helpful features of Jetpack that you already have, right when you need them most. Today we’re correcting an error in judgement that resulted in the hints suggesting Jetpack features that actually required an upgrade.”

Characterizing the mistake as “an error in judgment” is an admission that rolling out feature suggestions with paid upgrades was a conscious decision. One month later, the Jetpack team decided it was a poor choice. This appears to have be driven by the community’s reaction, but Jetpack did not elaborate on how or why they reached the decision to revert the promotions for paid upgrades.

The 7.2.1 maintenance release also changes the design for the feature suggestions, which they are now referring to as “Feature Hints.”

“We’re reducing confusion around feature hints by simplifying the design and changing some text; this way it’s clear that feature hints are from Jetpack and are easily dismissible,” Friedman said.

After updating to the latest release, you can see the revised design on the plugin search screen with new text: “This suggestion was made by Jetpack, the security and performance plugin already installed on your site.” Jetpack will disable the hints once administrators have dismissed three hints. 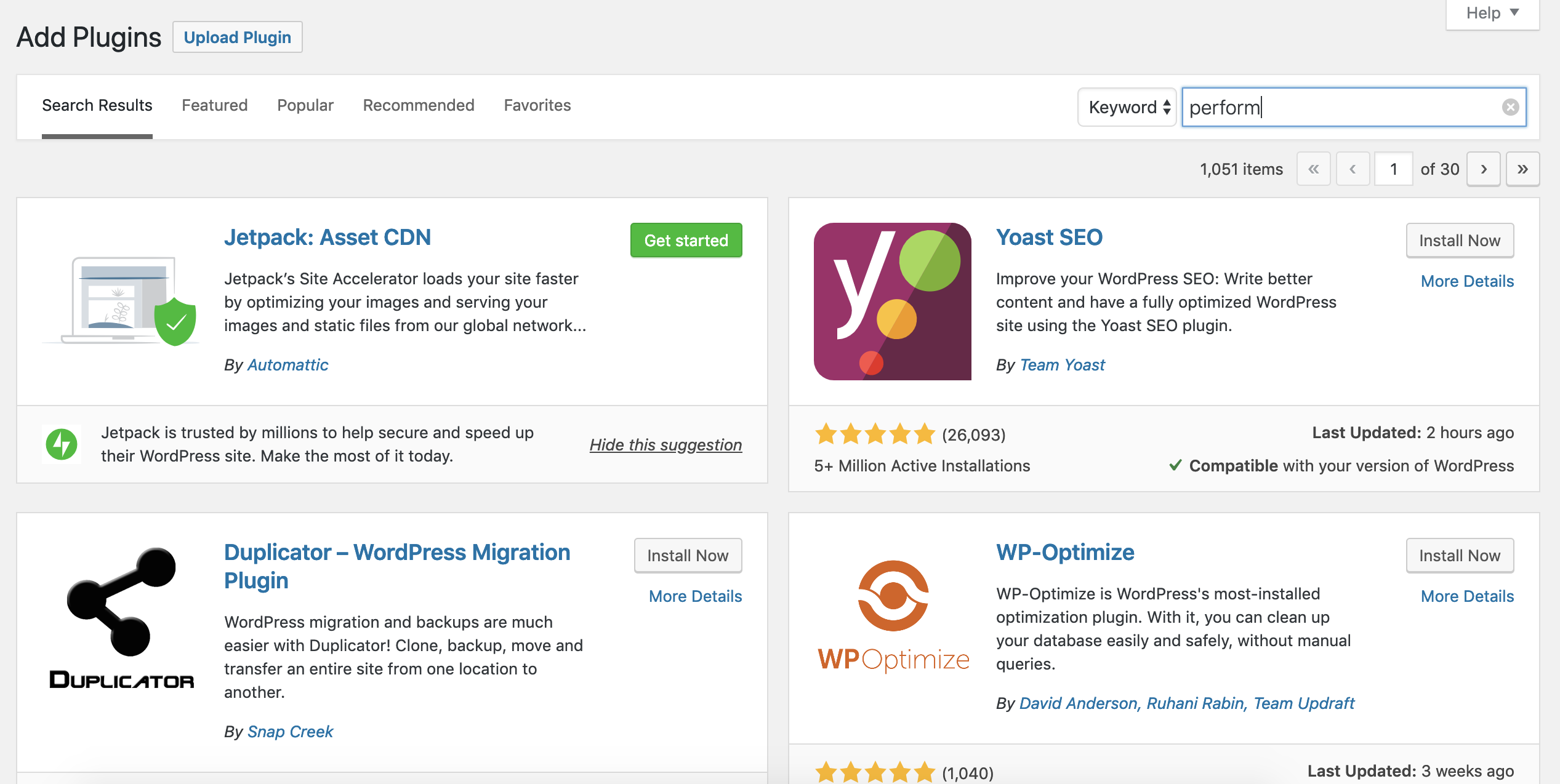 “Going forward we want to help create a feature hints solution that works for all WordPress users and plugin developers,” Friedman said. “We are excited to work with suggestions like this one, by Joost de Valk, and see how we might be able to find a solution in WordPress core to help users discover plugin features, and prevent this very common issue. Once a core solution is available, we plan to adopt it for Jetpack.”

Developers who still do not want to see any sort of feature hint when searching for plugins can use the jetpackcom_remove_search_hints filter to turn it off. Users can also install the Hide Jetpack Promotions plugin as an alternative.