The Gutenberg team has published a Blocks in Widget Areas RFC (request for comments) document, detailing a technical approach that brings blocks to the wp-admin/widgets.php screen and the Customizer. This is one of the goals on the roadmap Matt Mullenweg outlined in his 9 Projects for 2019 post. 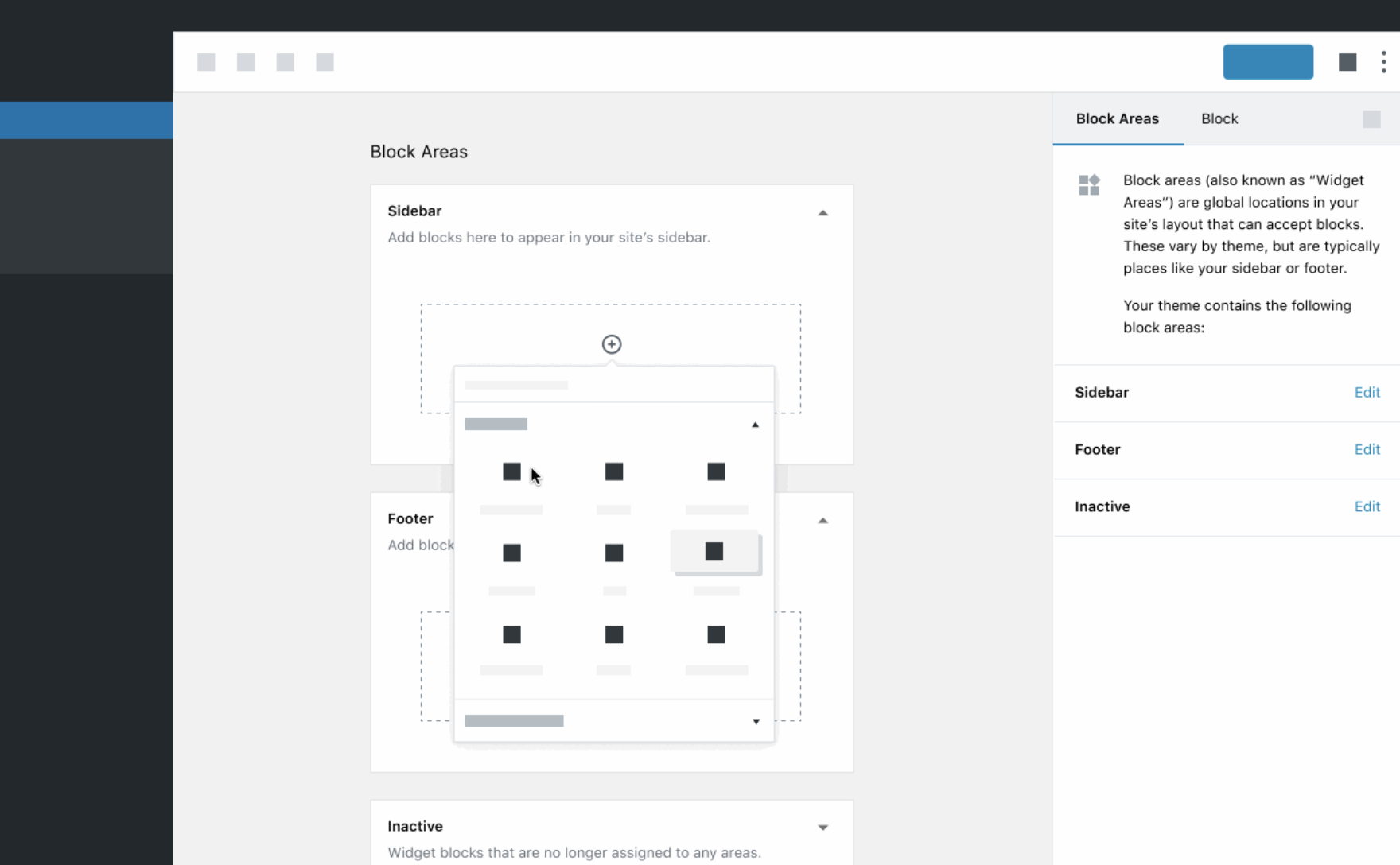 Based on the requirements outlined in the beginning of the document, it looks like the Gutenberg team is working to make the transition from widgets to blocks as seamless as possible:

The requirements for backwards compatibility are a tall order but will make it much easier for users to trust WordPress during this transition. Content will not be forced into the new interface and users will retain the option to use the classic widget-editing screen if they prefer. The team has not yet announced a date for when widgets will be officially deprecated.

Gutenberg version 5.4 was released last week with vertical alignment support for the columns block, a playsInline option in the video block, and a number of other minor enhancements. It also contains nearly two dozen bug fixes that will be rolled into the next beta of WordPress 5.2.

Gutenberg phase 2 technical lead Riad Bengella also confirmed in comments on the release post that the long-awaited section/container block is coming in the next release of the plugin. This will be an important milestone on the journey to full site editing with the block interface.