Major internet websites, companies, and organizations are banding together on Wednesday, July 12, to protest the FCC’s attack on net neutrality. These include Amazon, GitHub, Kickstarter, Vimeo, reddit, Mozilla, Twitter, Etsy, Spotify, Netflix, and many others. Automattic is joining these tech companies in the protest, as it has several times in the past, including the Internet Slowdown event in September 2014. The company also reaffirmed its commitment to net neutrality in 2015 by filing an amicus brief with the Court of Appeals for the DC Circuit in the case of United States Telecom Assn. v. FCC, joined by Medium, Reddit, Squarespace, Twitter, and Yelp.

Net neutrality is the principle that ensures people can communicate freely online by prohibiting Internet Service Providers (ISPs) and government entities from favoring, blocking, or throttling certain websites, or charging fees for premium content delivery. It guarantees individuals have free to access all content and applications, and forbids ISPs from discriminating against or prioritizing certain users, equipment, or types of content. Vimeo created a handy video to illustrate the importance of defending net neutrality:

Net neutrality is once again under attack as the FCC is planning to remove the Title II (common carrier) protections established during the Obama administration.

How to Join the Protest 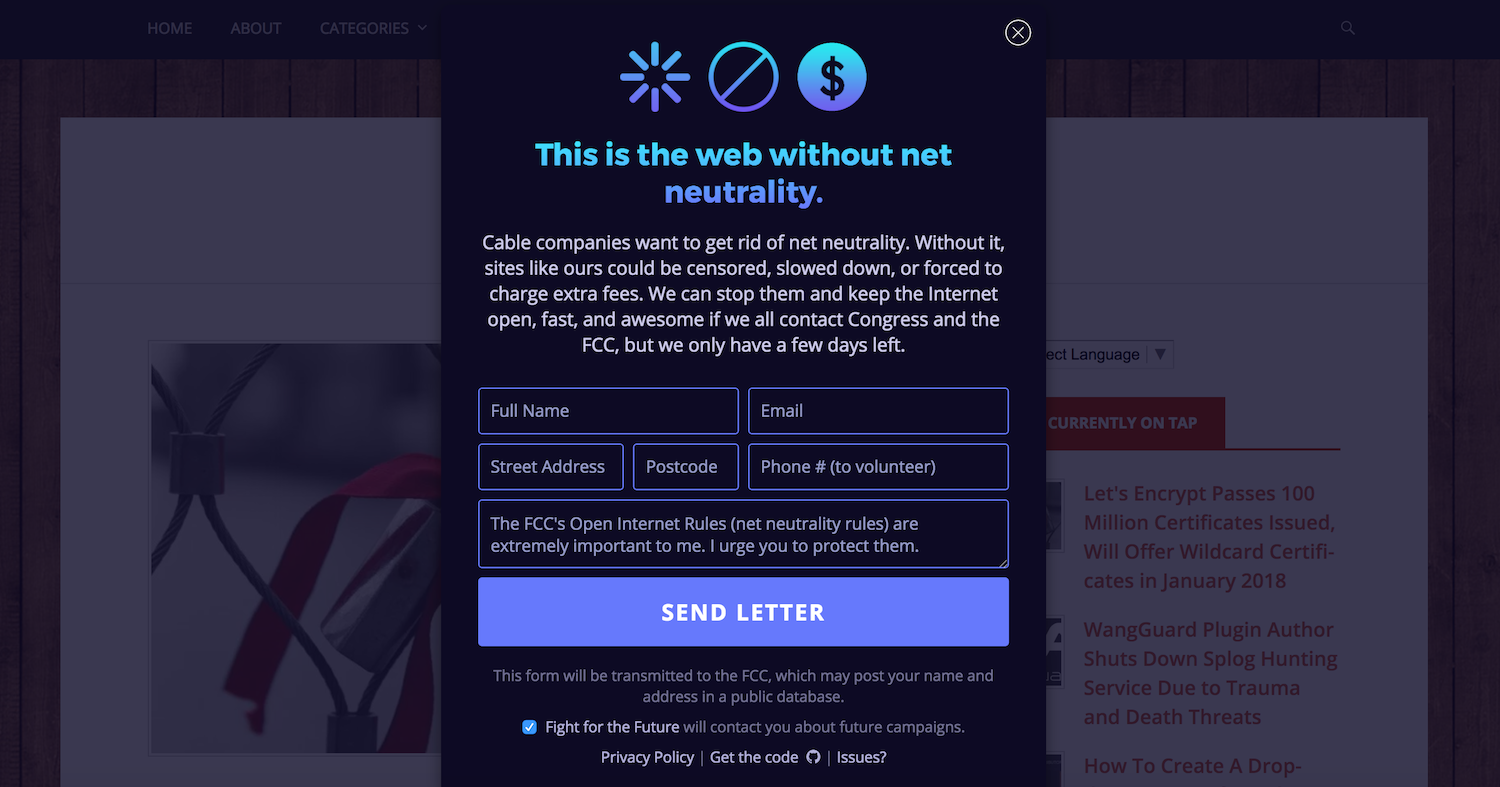 The alert urges visitors to contact Congress and the FCC through the provided form. It can be displayed as a banner at the top of the page or as a modal (see example above).

Automattic may also be planning a way for WordPress.com users to opt-in to participate. We’ll update the post if that information becomes available.

Update: Automattic has since created a Net Neutrality plugin for WordPress.com and self-hosted users who want to join the protest.